...for the MBC team, and not their fault, but I have a slab. This is only down to the tenacity and incredible hard work from the MBC team who snatched victory from the jaws of defeat today following horrible equipment failure on the part of the concrete company.

So, let's start at the beginning.  The slab team worked like frenzy yesterday morning to get all of the EPS down, followed by the mesh which then got tied into the ring beams.  After that, they put all the underfloor heating pipes in (there are several zones and many, many pipes to come into the manifold).  The building control officer turned up just before 6pm last night and gave everything the okay for the pour today.

Here's the slab with everything on it first thing this morning, just waiting for the concrete, at shortly after 8 this morning.  On site already is the pumping lorry and one mixer of cement. Very exciting, so far, so good. 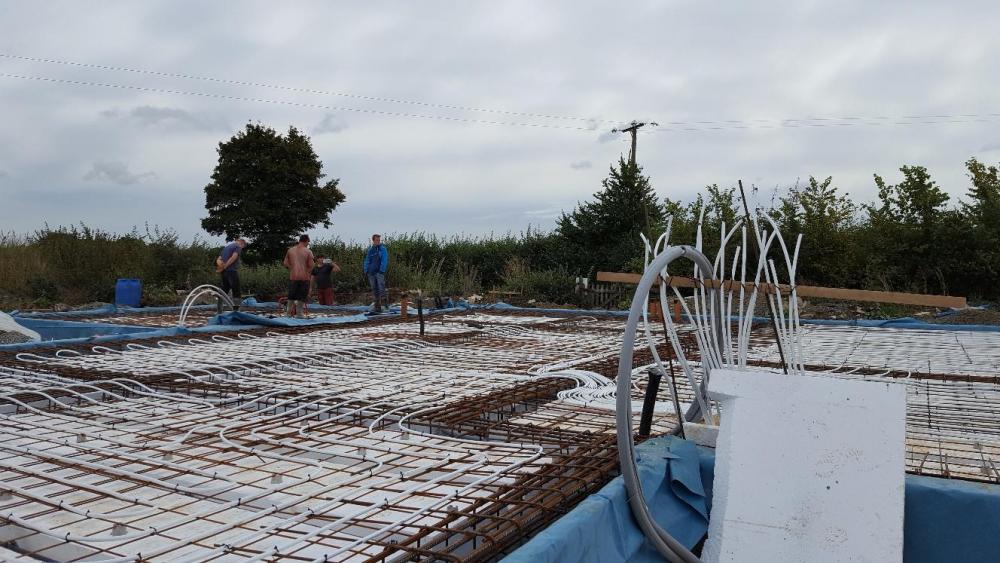 They started with the furthest part first, and the first lot of cement went onto the garage area, where the chaps are standing in the above photo.

Here's the pump, concrete lorry and plenty of other equipment all good to go. 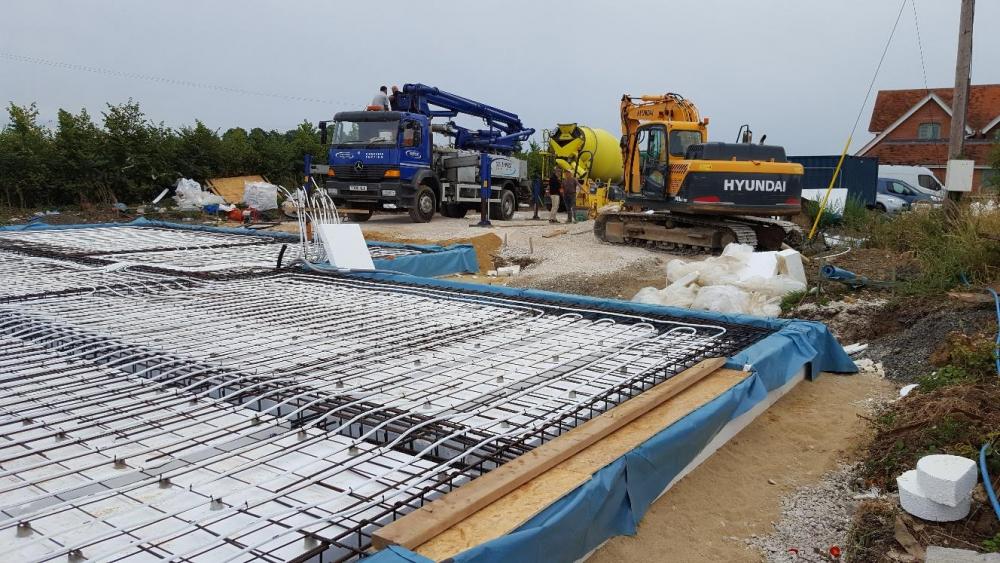 Except, it wasn't good to go.  Well, it was, because that's what it did in the end. Go, that is.  The concrete pump packed up and after a good while of trying to fix it, nothing was happening so off it went.

All wasn't lost, however, as one of the drivers was also a pump operator and offered to get a fairly old pump out of retirement and use that.  Brilliant! 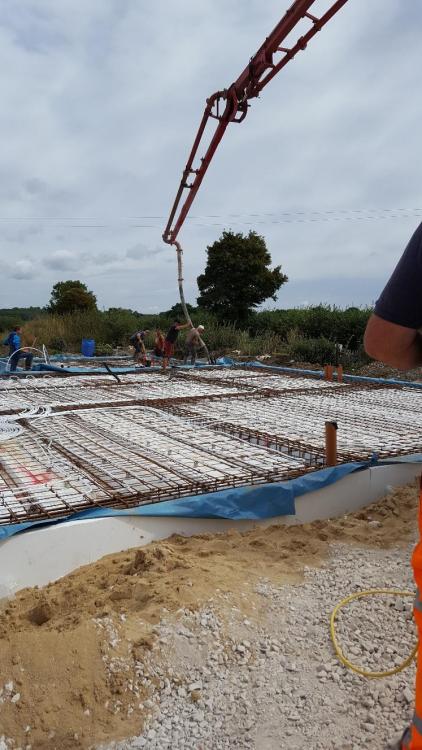 This is the ageing pump putting the concrete over to the garage.  Meanwhile, several hours have passed and after a bit of grumbling earlier in the morning about the concrete lorries not turning up on time, suddenly, they're coming thick and fast and are all parked up our narrow country lane.  Then the second pump got blocked and couldn't be cleared.  A very large man with a very large mallet did all he could to clear it, but it wasn't working. By now, it was nearly 2pm and the slab should have been poured a good few hours ago and power floating started.

Left with no other choice, Harry, who was heading up the team, got the bucket onto the whopping great digger and ALL of the rest of the cement got dumped onto the slab by digger, and then the guys had to drag it over to wherever they needed it.  This was for a floor area of about 180 sq metres. 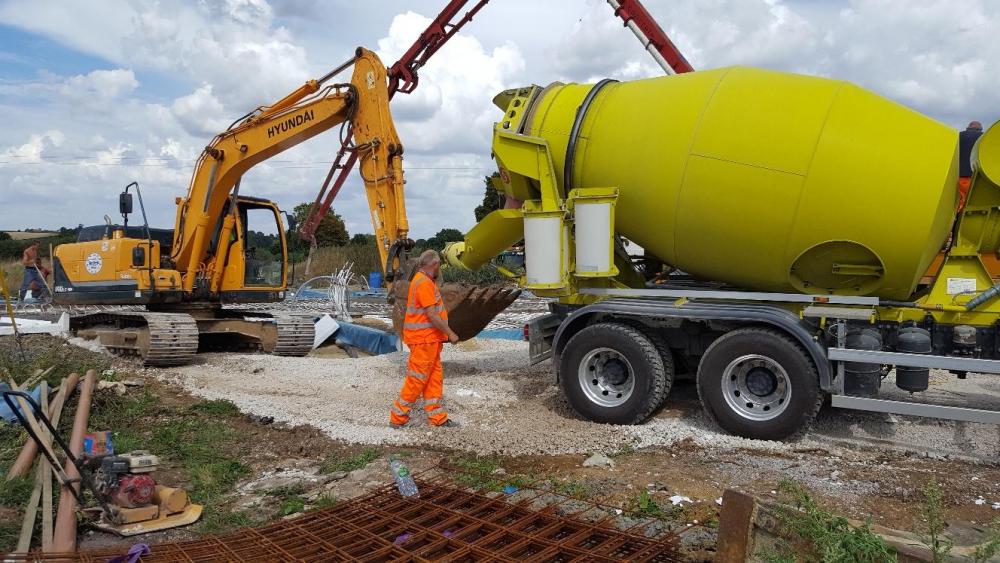 Fortunately, there were 5 on the team today as they had brought in an extra guy to cover for one who was late back from holiday, but turned up straight from the airport to the site so the numbers were beefed up, and boy, did they need all of them today.

The garage slab was screeded (is that actually a verb?  Dunno, it is now), and was looking fine. 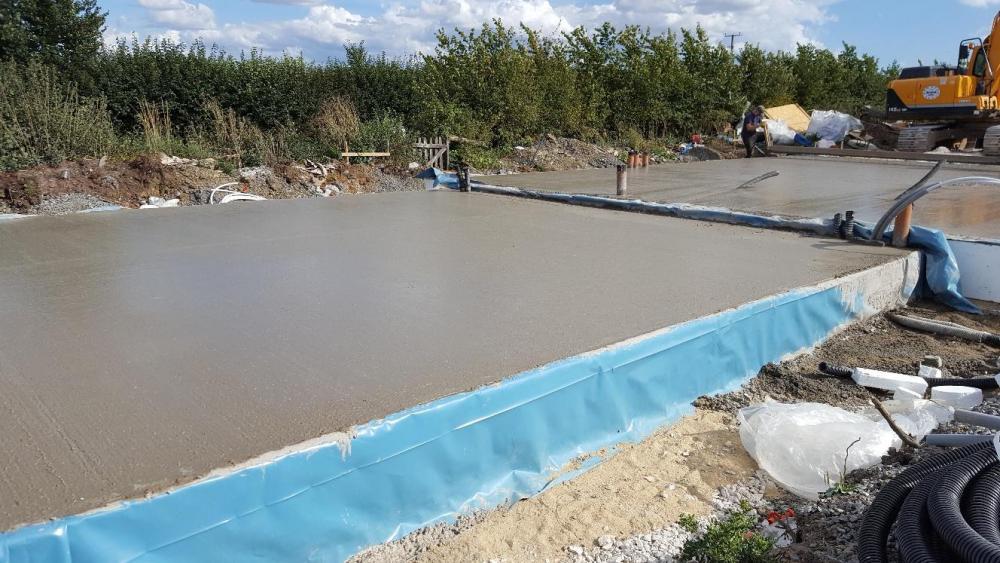 Eventually, the rest of the concrete got where it was supposed to be and the lane finally emptied of concrete lorries - there were 5 on or around the site at one point this afternoon. 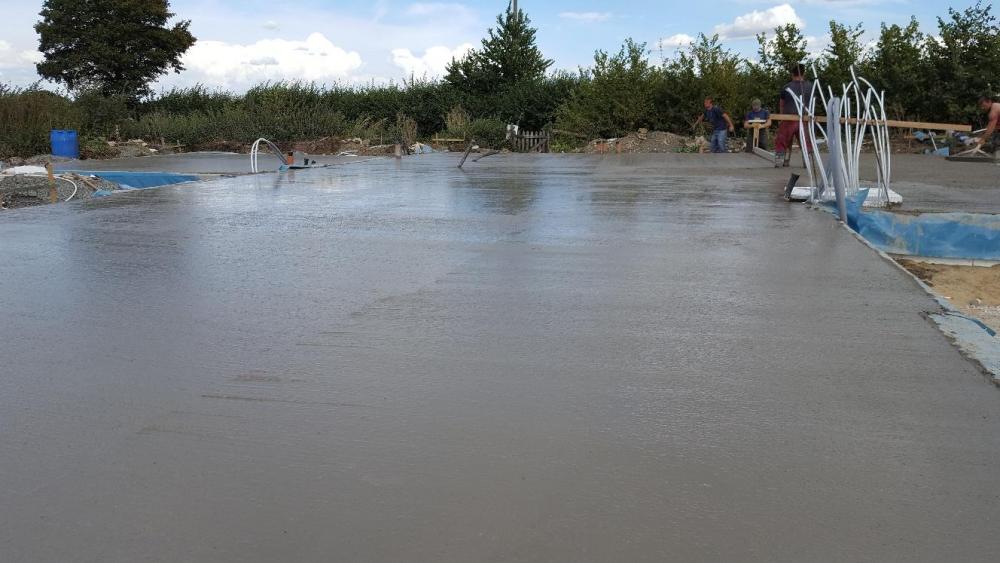 Now, the eagle-eyed amongst you will realise that there are no photos of the final, powerfloated slab.  This is because I pushed off at 5.30 this evening and they were only just starting on the garage; they reckon that they would just about get it finished this evening by the time the light went, so I'm afraid, dear reader, that you really will have to wait for those photos.

One final photo from earlier in the day has something of interest, as it shows the shuttering that was put in place on the threshold for the lift and slide doors that are going in the living room area. 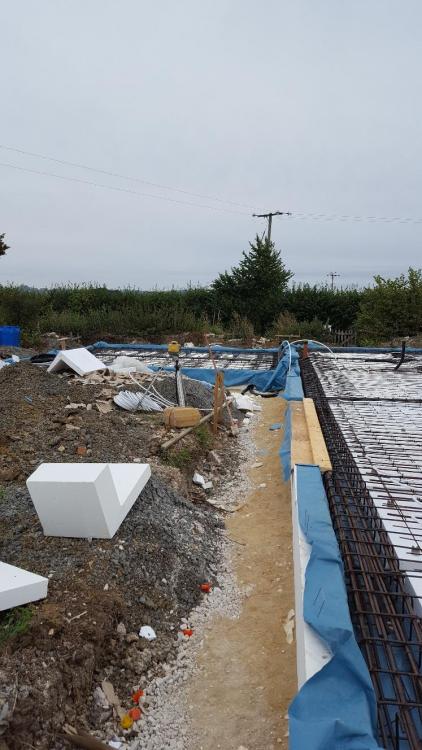 Tune in soon for the next thrilling update! 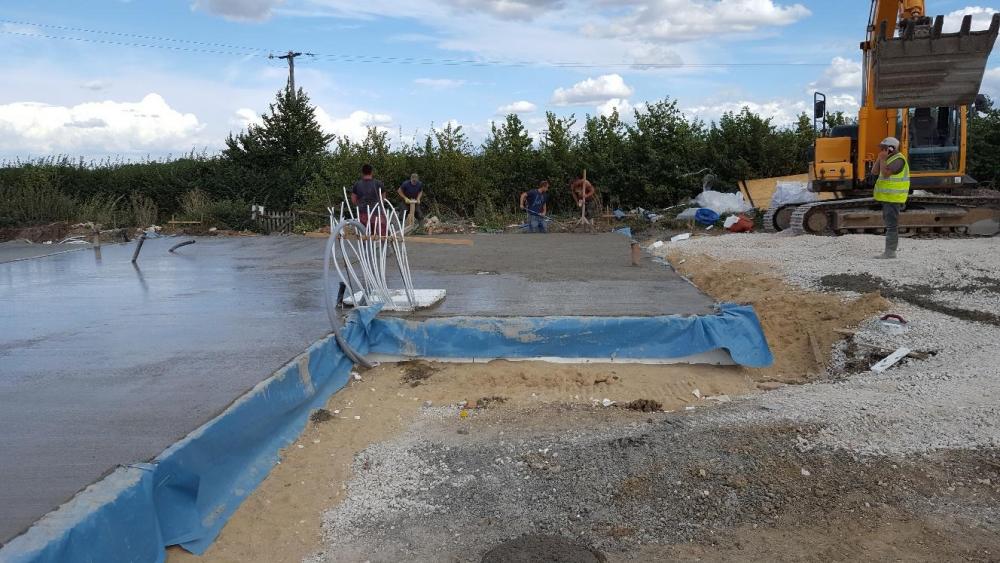