Let's be honest some people rather than move themselves / their kids to a healthier place would seek and have the resources, to control their current environment which to an extent is what I guess the 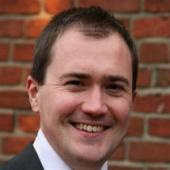 Great work; Mr McCloud needed to be at his creative best to manufacture drama in this one.

I think this is mostly bang out of order.    Fair enough to suggest they built a cob house out of unicorn phlegm and fairy belly button fluff instead but to criticise their parenting and lif