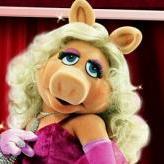 This is the best 'zoom-able' pic I can find.  The rails are supported by the pipe work which is held in place with brass Munson rings. Copper to irons on each end, and as a belt n braces job I cr

Having tried to insulate my way out of a problem with oversized pipes causing huge dead legs I can confirm that insulating radially run pipes is a complete waste of time. There's so little volume of w

@bassanclan I wasn't a plastic fan, but after reading @JSHarris's conclusions on EB I had no choice other than to realise that it's undeniably more practical in certain installations.  Havin