What would be really useful for people like @joe90, @jamiehamy and me would be to some of those that have been through this such as @jack, @Calvinmiddle, @JSHarris, @PeterW, @PeterStarck just list off 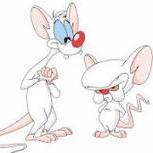 With respect to the ESBE valves, WUNDA have selected the ones in the 35-600C range, ESBE also do 20-43oC versions of the VTA322 (valve fitted 5 port manifold) so you could just replace the ESBE valve

Probably as good a place as any to impress upon folk the need to strip and clean these filters / strainers directly after commissioning, and again after about a month or two of normal service ( use ).