I can see 9 rectangles in that puzzle ? . 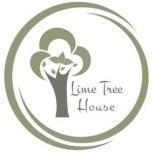 Boost fan for the old fireplace... Grandparents used to have a blower at the side of the chimney breast to get the fire going.