@Iceverge  recently pointed to@TerryE 's blog "Heating the Slab- an overview" which made me think.

TerryE has a concrete floor that he is using as a giant heat sump, heating up overnight with the warmth slowly emitting from the floor during the day. Such a simple design when the maths is right!

@SteamyTea pointed to a report about boilers and ASHP's which had various recommendations.

Having installed an electric meter for the ASHP the effect of changes can be measured on the amount of power used during similar weather days.  Also having used bottle gas for 3 years there are records of how much energy was used before the ASHP was installed for heating and hot water combined. 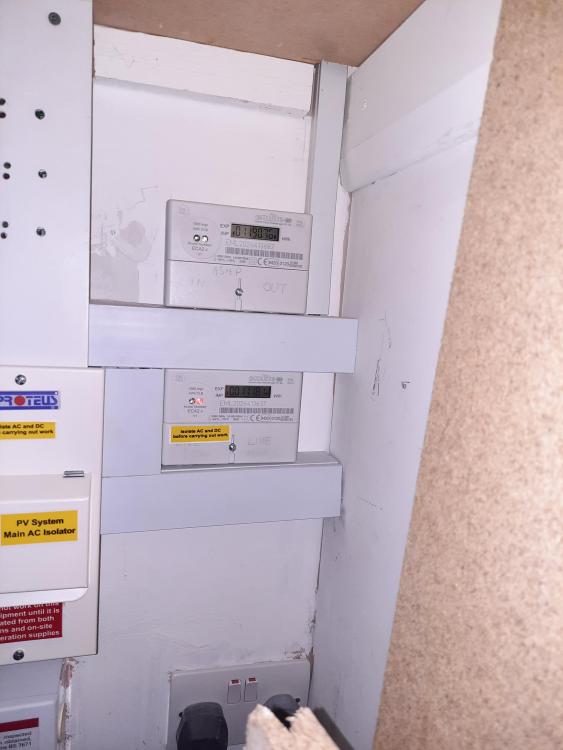 So I've decided to try various changes to see what energy efficient improvements can be made.

When using the inverter ASHP the heating temperature was set at 35 degrees as apposed to 50 and this kept the home warm enough and used less power. (During mild days)

The report recommended having buffer tanks in certain installation. Ours was one of them because we have thermostatic radiator valves (TVRs) so I was glad I took the manufacturers advice on having a buffer tank.

Another item was the relatively high thermal loss from both a hot water tank and a buffer tank.

The existing design is being upgraded at present with additional insulation to both tanks.

The 28mm pipes from the ASHP to the tanks has been additionally insulated.

The 35C heating water temperature was a little low so now using the ASHP's most economical setting which adjusts the temp related to the outside temperature. So it's currently running at 40C whilst outside is about 10C.

The temperature setting rises 2 degrees over 40C before stopping and I have adjusted the starting temperature down to 7 degrees below. This has made the heating cycle last over 10 minutes which is what the report recommended.

The controls will be altered to make the ASHP go into heating off mode between cycles ( I think that's right. It's not off, off. Just off.), and various other controls will be added to manage the cooling aspect of the system, hopefully.

As for results it's very difficult to state anything precise because of the mass of variables:

Going round the bungalow there are many heat contributors, including cooking, hot water tanks, fridges/freezers, the sun 🌞 through the windows, people, washing machines and so on. Also it's not as obvious where the heat is coming from because the MVHR runs the warmth through the building.

I am of the opinion that almost all electrical energy used in the building is converted into heat one way or another.

I will start logging results once all the alterations are complete.

Good luck with your project.