Well the ducting is all buried under a foot of insulation in the loft. 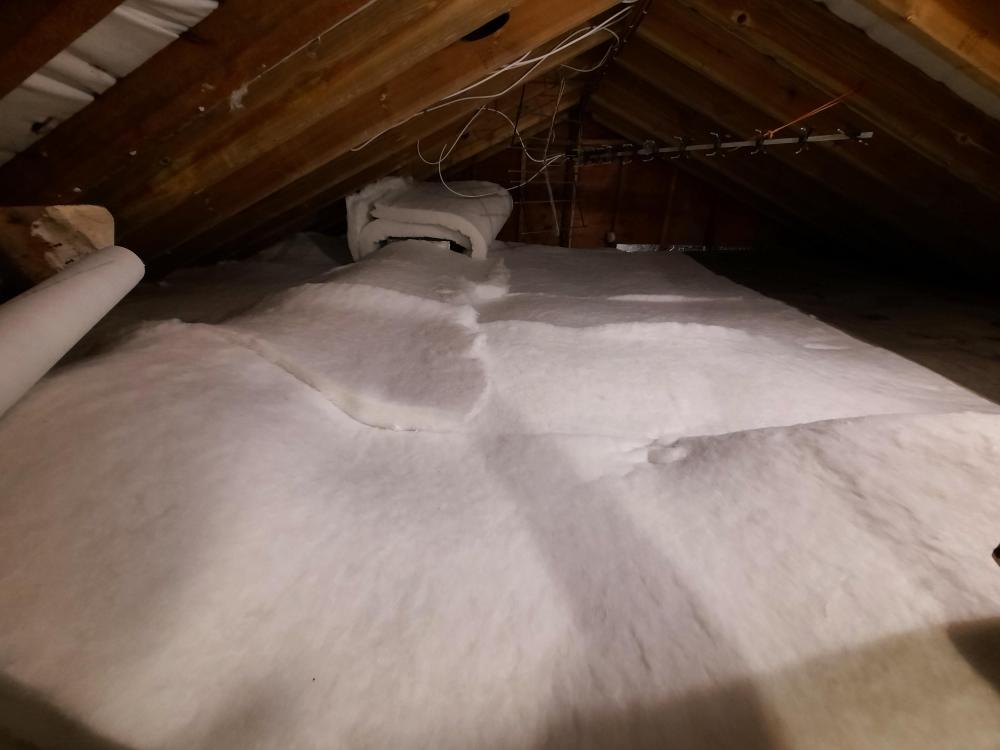 The coil boxes have also been covered more since the photo.

By my calculations this seemed to good to be true and I realised, eventually, that the air was being warmed up as it passed along the ducts inside the thermal envelope of the building. 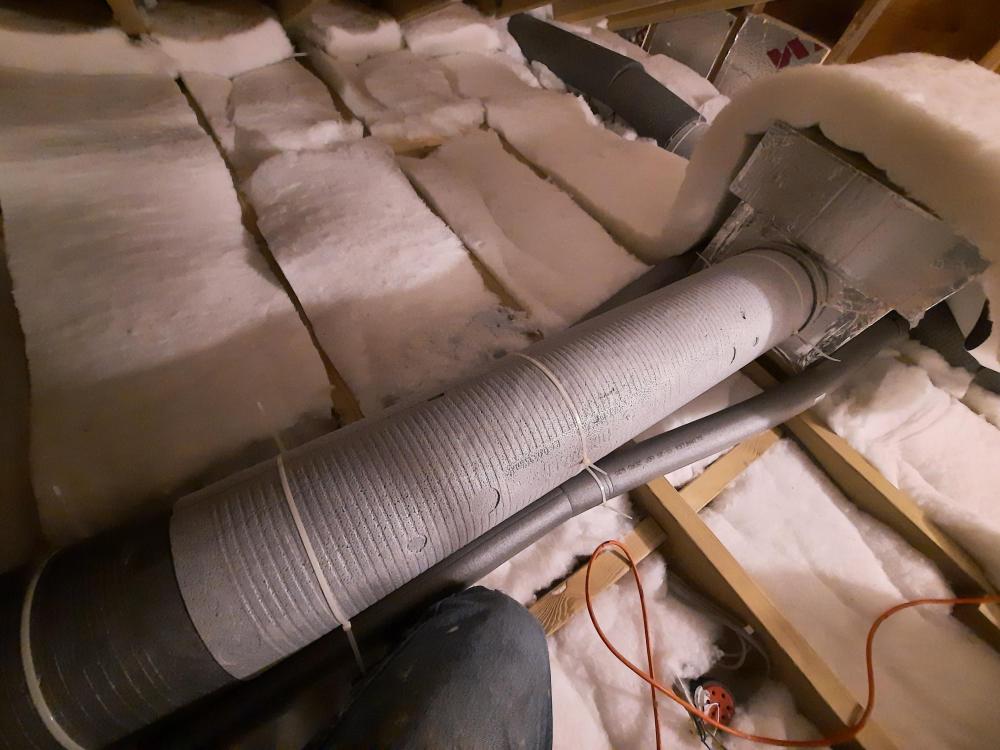 When I get a moment in the next week or two I will try measuring the temperatures just before and after the MVHR unit to find out what the efficency is. I'm hoping for about 80%

The 100m2 floor area bungalow requires 30 litres of air a second in and out the building and running at that volume it's now using about 15 Watts an hour, which is about 135kWh a year.

However, working on the cost of the PV system I estimate that 1kWh costs us about 15 pence half the time (daylight hours) so running cost is about £30 a year.

The coils definetly work. Ran one briefly as a test and the inlet air was 25C. Will need to wait for a much colder day to test them properly, but basic result was 14 litres a second gave a temperature rise of about 7C between coil on and coil off.

The pump for the radiators and coils has been set to maintain the same pressure as the flow increases and reduces as the TVRs open and close.  The flow to the coils will need to be adjusted as the return temperature is too high.

A rather large amount of controls still to be wired in to finish off the MVHR side of the work. 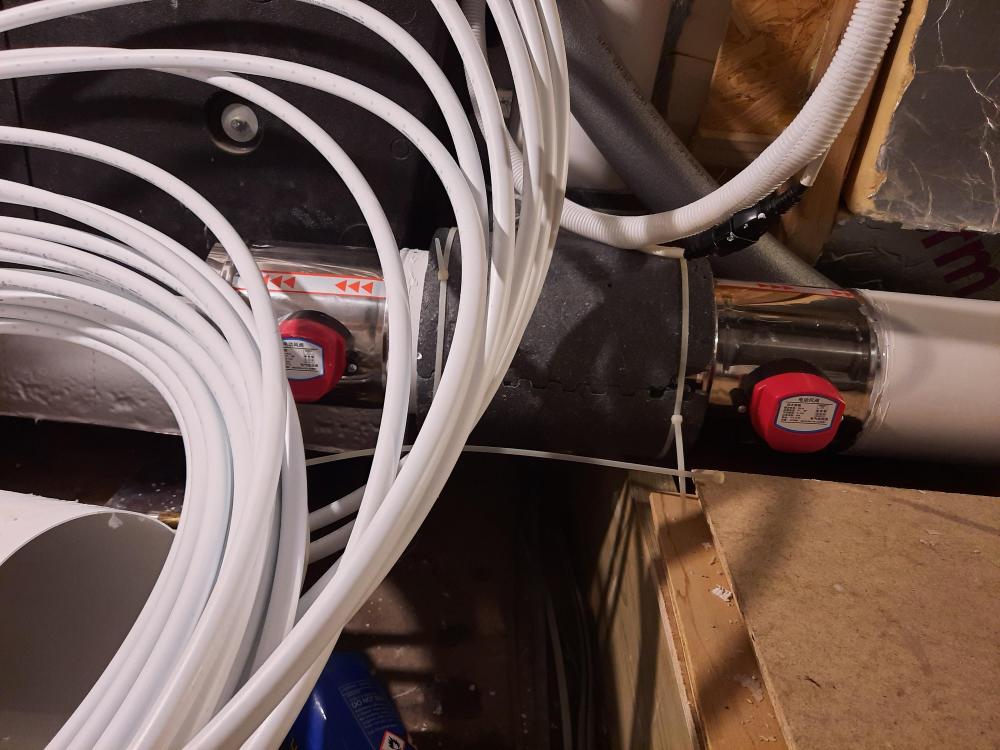