After demolition was completed in March, nothing happened again until late June. If you want a good worker, you have to wait. And that's my friend of 10 year plus, Noel. So I was happy to wait a few months to get him to do the extensive ground works, an experienced plant operator with a team of solid workers at his disposal.

As we're building a basement, we knew excavation would be extensive. Once we'd leveled the site, dug out the founds, the drainage and main basement excavation works could start. As you can see, we've ended up with a rather large pile of bricks... 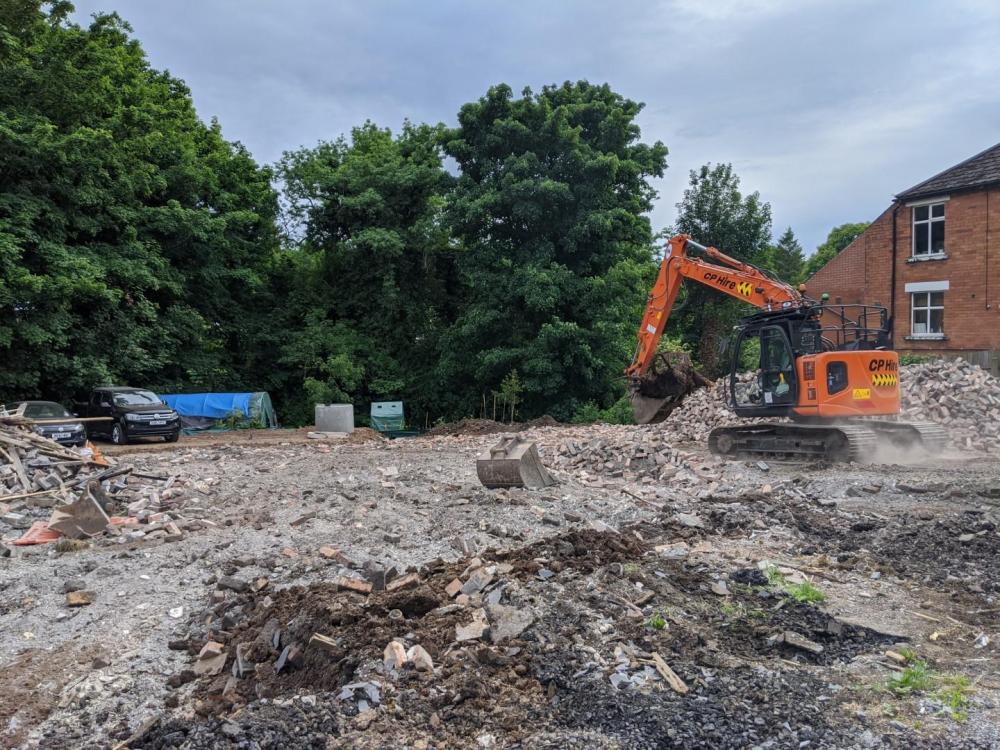 A sense of scale, this is 1/2 depth of 1/2 of the main building footprint... the clay was already building up at this point! We knew then we'd have to shift a few loads away as there wouldn't be room on site. 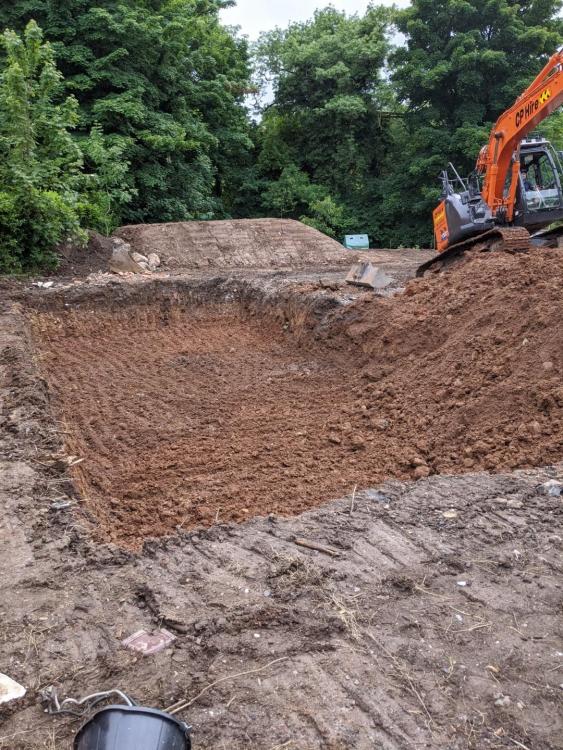 All started well... until, well, I got a knock on the office door and was greeted to Noel looking in with a strange, perplexed, half smile reminiscent of a child that's done something wrong and is straining to hide their obvious pride in their achievement.

A few moments of silence passed. Then he showed me this: 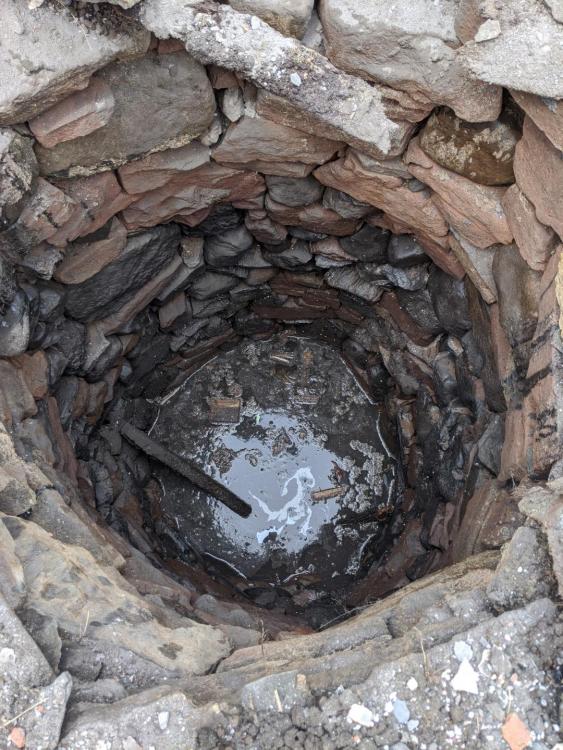 Somebody, back in 1920 or so, in their unfathomable wisdom, decided to build their house directly over a 5m deep, sandstone walled well. DONT PANIC!!! A few phone calls and a bit of head scratching later, we found a solution. 5m3 of lean mix concrete was quickly ordered! The well was pretty much at the back inner corner of the house so had to be dealt with. Luckily, the well was dry (apart from a little sludge at the bottom) and not apparently hydraulically linked to anything of importance... so engineer said fill it up! A shame, but a relatively cheap outcome for what could have been a disaster.

We kept going, the clay started to be trucked away at a painful £150 a load. I lost count after a week.

Another 'sitting at my office chair' moment happened just as we were seeing the end of the dig. What's the smell? Don't tell me Noel's spilled a load of diesel!!!

Nope, we'd hit a large patch of soil contaminated with home heating oil. It was flagged as an issue when buying the house, but the survey indicated that it was localised and not at toxic levels. OK. So, it would appear that the oil had seeped down from the oil tank to about 2m deep in to a slight gravel strata and stuck there. The smell was incredible. Another panicked phone call to the oil contamination expert. Came out a few days later and took samples. We carefully stockpiled the contaminated soil to another part of the site on a sheet of polythene. Good job too, came back as hazardous and we would have been in trouble if we'd taken it to landfill. It's still there. And will be there for a long time in the hope that nature will take it's course and clean it....

In the end, we finished after almost three weeks (up from the one week estimate) and trucked out 51 loads of soil (816 tonnes) and imported 225 tonnes of stone. 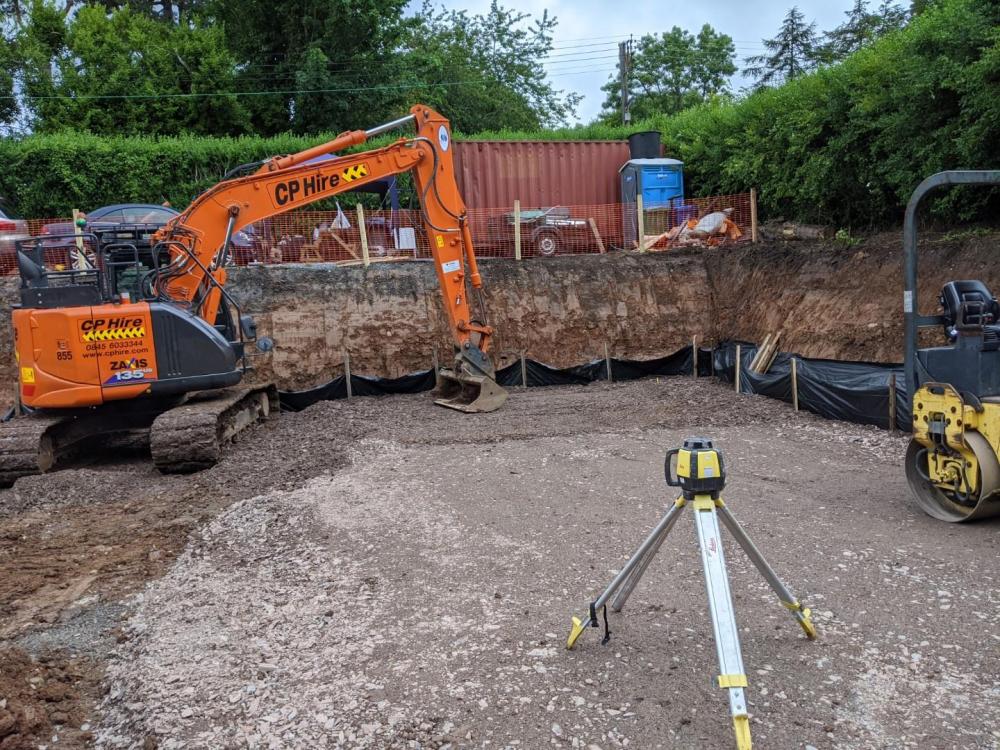 Bonus tho, we now had somewhere to put our "day" caravan and awning and finally have a spot to have a BBQ and beer after work.... and quality time with family. 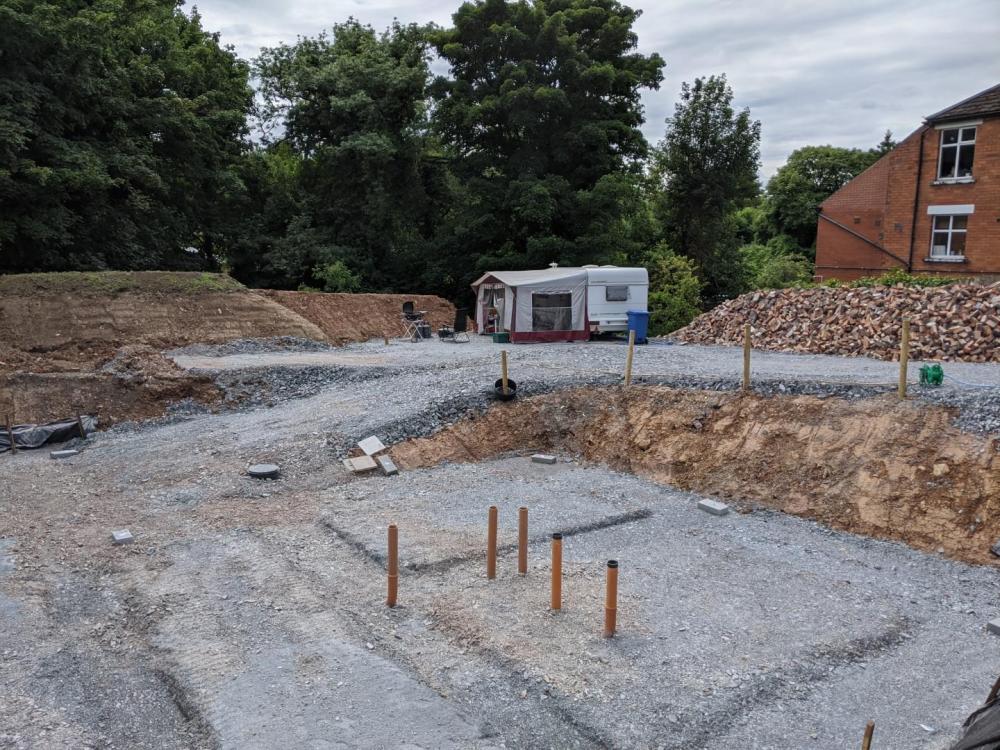 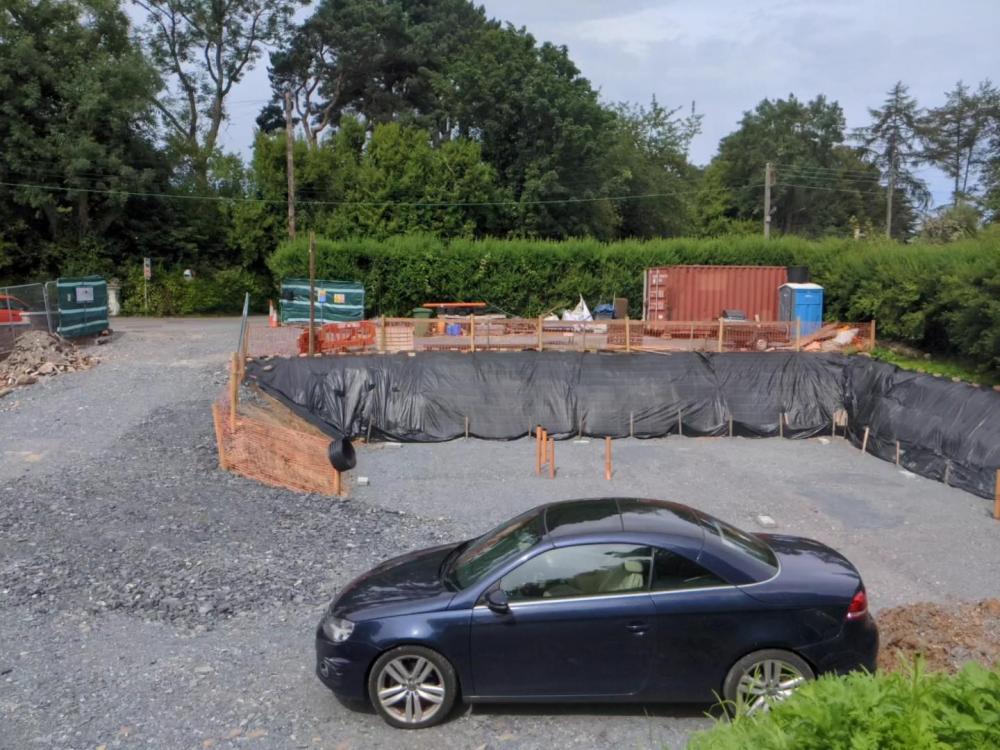