This week is half term in school so I have had two days at work, in splendid isolation, making the many many changes to the timetable ready for the first day back.  Today we have the architect round to do a proper start on the plans and while I'm waiting for him to arrive, I started to do some batch cooking of things to last me through the next 6 weeks or so.  Being in the kitchen, turned my thoughts to what I really wanted out of the new house in terms of cooking, eating and washing.  This blog entry is likely to go on the longest - after all, the kitchen will be going in quite late in the process but I don't want to forget what I really want.  I remember the further into the build we got last time, the easier it was to lose sight of the end goal.  The photo attached is the kitchen oin our last house, 3 years after we started building.  I've put it here to remind me of just how dog tired of the whole process you become.  We just stopped for about 2 years and regained our strength to get to the final rooms.  How we lived like that for 3 years is a mystery to me now.  We had family parties and fed 20 people easily (slow cookers and large BBQs are wonderful things),.

So here goes another thread in this very unusual way of blogging. 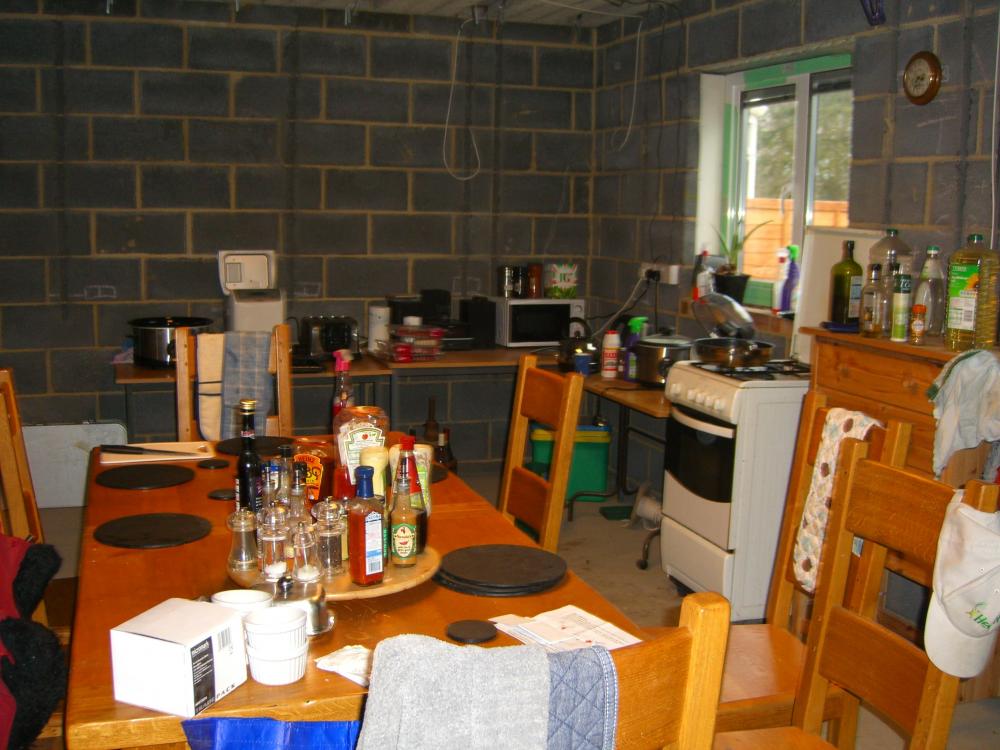