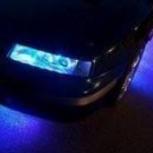 By Radian,
January 4 in Heat Insulation