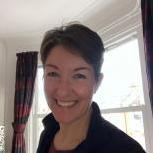 Mildew all over plywood walls

By Omnibuswoman, October 25, 2021 in Infestation