My boss says "It's always the windows that go wrong in Grand Designs". I think he might have a point. Not that I'm building anything particularly grand, but certainly about the windows.

This is the outside prior to fitting the large window. The cladding job is going well, so we are hopeful of a good day. 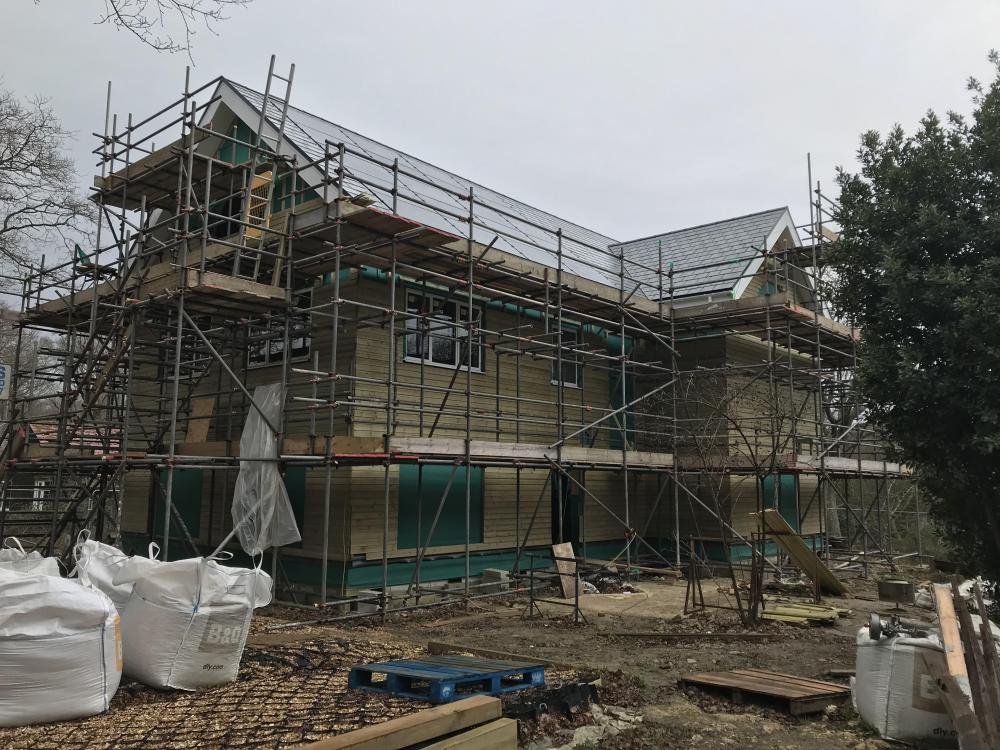 Having spent a few evenings fitting frames in the recent cold snap I think I ought to spend some time with SWMBO on valentines weekend. So I treat her to fitting the second largest frame in the house, and of course some glazing. It's because I'm a really nice person and like to share.

The frame is 2.5 metres tall and 1 metre wide, designed to take a single glazing unit so I was particularly concerned with distorting the long edges as it was installed so we paid particular attention to shimming it correctly. I'm pleased to say that the Alien declared it to be straight and level after the screws were tightened. So concludes fitting the last frame in the first floor. The view of the site will be particularly good from the stairs. 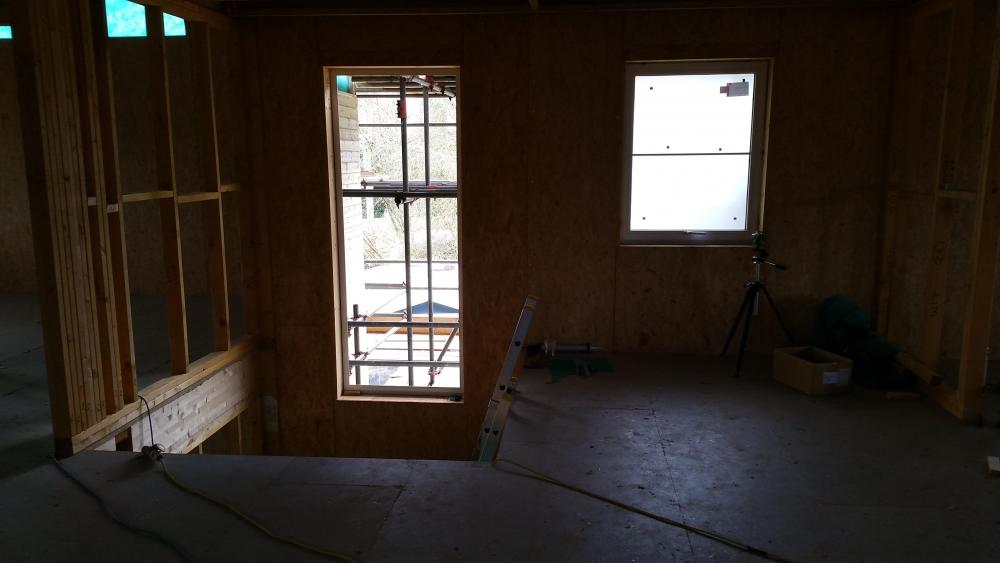 Now on to the glazing. We carefully plan how we are going to lift 49kg of glass up the scaffolding and swing it into the frame. We have a selection of glazing handles, ropes and platforms set up ready, and then I look at the glass in detail and announce that there's no way I'm fitting it. SWMBO then looks at the glass and storms off in a sulk. Not the reaction I desired, but understandable when you see the bars inside the unit are Y shaped and not straight.

We then checked all the others, and found another with a dodgy bar, meaning 2 units out of 48 have a problem - not exactly achieving 6 sigma QA! 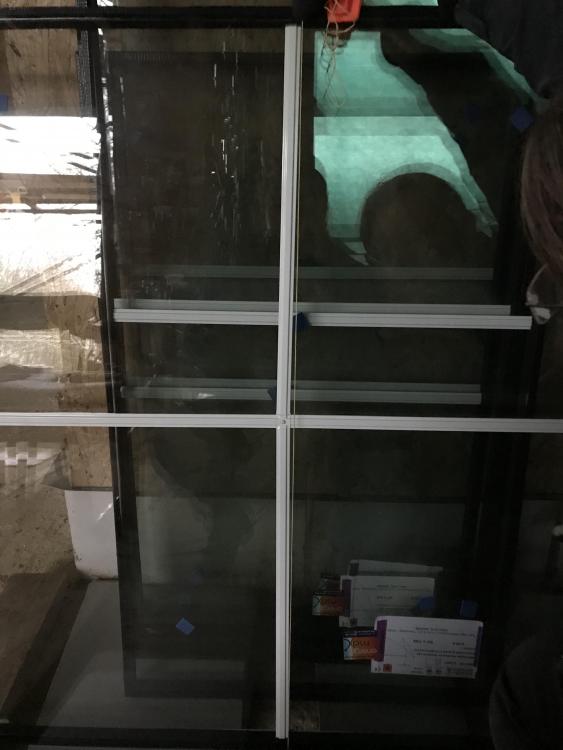 I have to suffer on site with SWMBO sulking while we do some other jobs that need doing - all she wants to do is go home and be cross with the local window people, which I can understand, but it won't progress any of the handful of little jobs blocking the big day of seeing the house without scaffolding. I pointed out (in the words of one of the members here) if you can't take a joke don't start a self build. But this went down like a cup of warm sick. That evening we found what looks like water in the oil of the Range Rover engine. Happy valentines day Mrs dnb!

Fast forward to Monday, and the photos arrived at the window supplier. His first words were "Well, they didn't try very hard, did they? I'll tell them to have another go and hurry up about it". I'm happy that it will be sorted out, but it's a bit more delay. We'll get there eventually...

The last frontier for the cladding before we look at scaffolding removal. There's no point in hanging on to it for fitting the arch windows unless they arrive in the next couple of days. The window suppliers assure me that everything can be done from inside for these. I've always liked this view of the house. 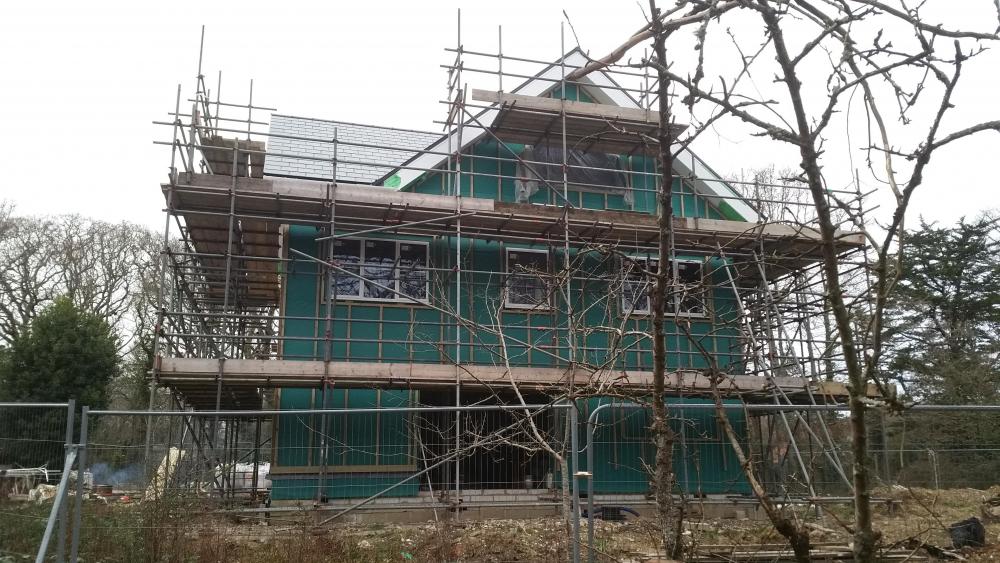