The piling crew phoned me early on Monday morning. Can we come to site on Thursday? We're going to be done earlier than planned and we don't want to waste money on the ferry. Fair enough I think - the ferries are silly money if you're moving equipment. It left me a little problem though - the site wasn't graded to the right level and I had no piling mats. They were on my weekend list so they would be ready for Monday when I was originally expecting the piling team.

So a few phone calls later and I had my stone order accelerated and had found a very speedy digger driver for a day and a half. I'm still learning the art of grading with a digger and I haven't got time to mess about. Besides, who is going to walk around with the surveying stick saying "a bit more off here!" if I don't?

Job one was to complete a piece of French drain along the front third of the southern edge of the property. Due to the lack of dumper truck, we improvised a stone carrier. 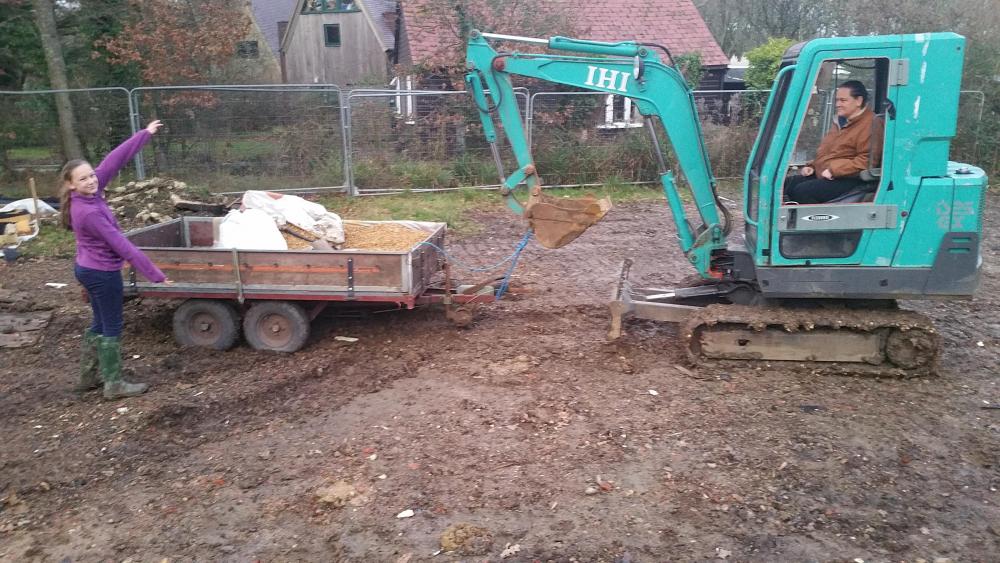 We skip a few steps now because I didn't have a camera for most of the grading work. The crushed tarmac arrived for most of Wednesday morning and I spread it about until it got dark. I didn't get all of it finished but there was enough flat ground to get a good start on the first few piles. This is after the first 20 tonnes arrived. There should be no surprise that it rained the previous night so I had to deploy a pump to empty the garage footprint lest it turn to a swimming pool. 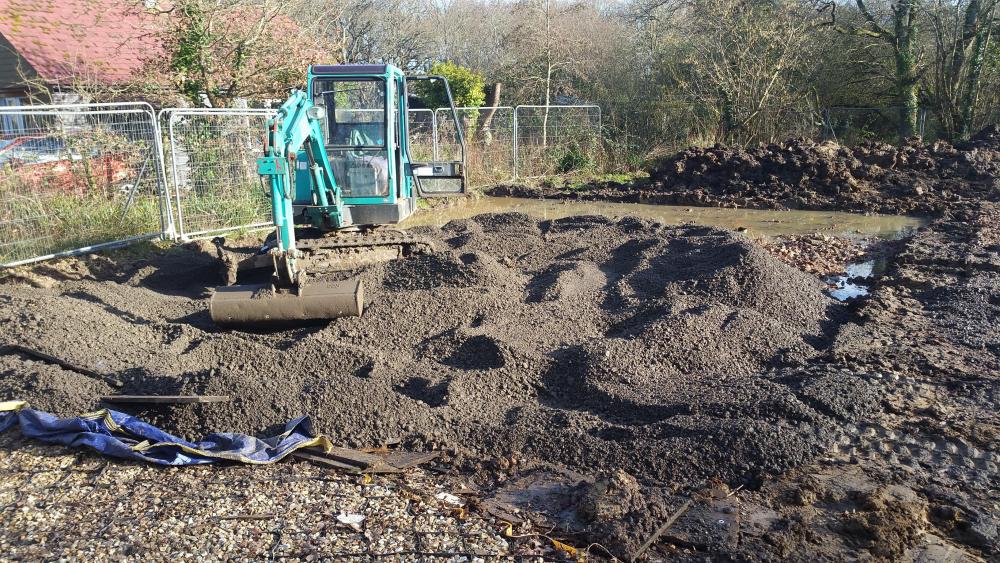 I spent the morning of Thursday marking out the site with a couple of decent tapes and a laser level. It should be good to 10mm or so all things considered. This is (hopefully) adequate for groundworks. The ring beam will cover the multitude of sins, I am reliably informed by the machine operators!

The first pile hole being drilled. A momentus occasion - we are finally under way with the build. The plan with the piles is to auger down to 3 metres, through the reasonably clean clay to where it starts to contain a lot of chalk particles and an awful lot of water . The anti-heave sleeves will then be fitted (the most expensive toilet roll middles I've ever seen) and an end driven steel pile will be installed to approximately 8 metres. 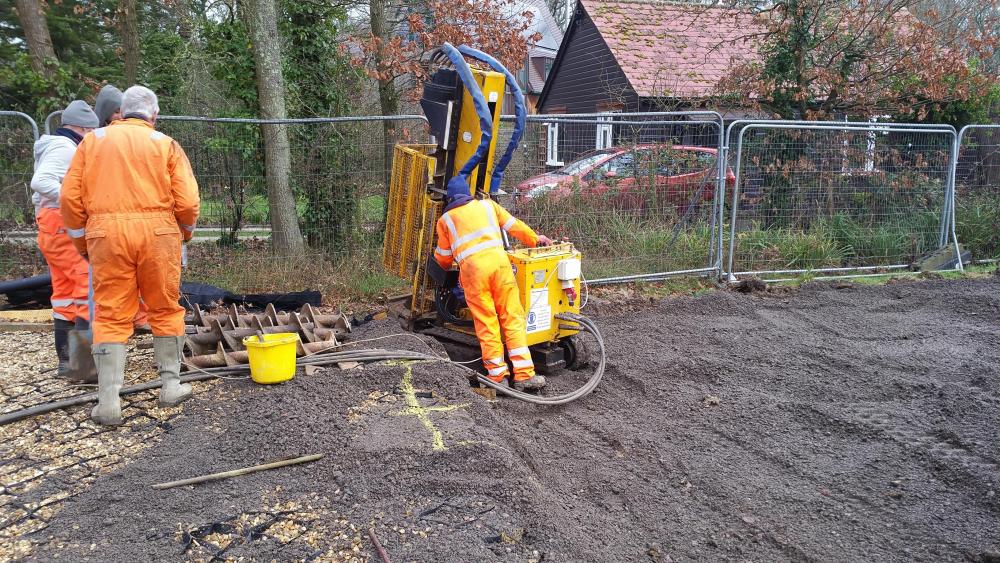 More drilling and shovelling. The team can work at quite a pace! 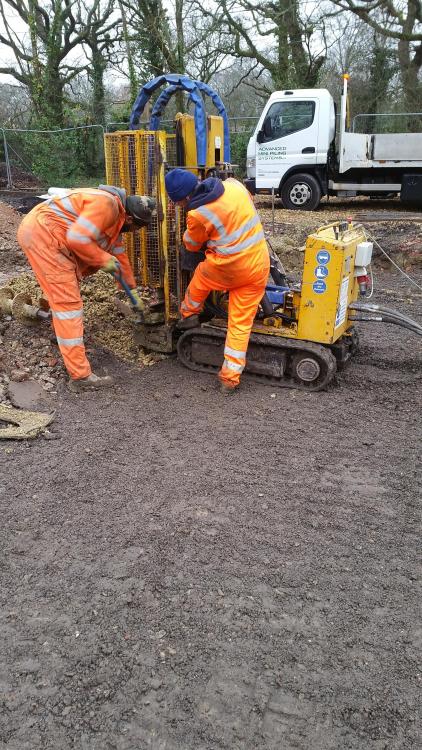 Even an attack of super moles doesn't put the team off their game. Most of the sleeves are now installed. 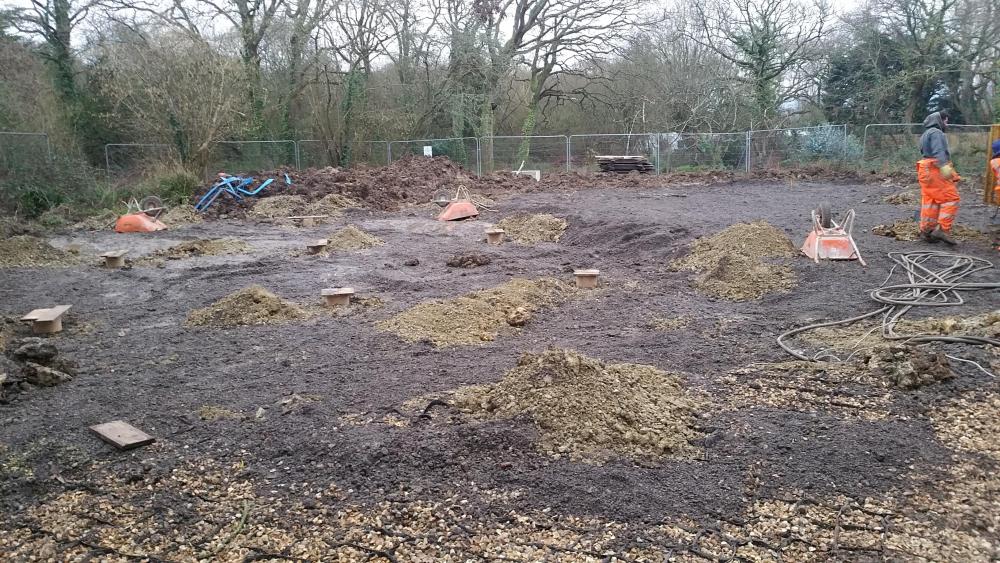 Little did you all know, I am secretly building a multi-story car park. The piles are ready to be hit with the large hammer on a string. Sometimes brute force is the best way. 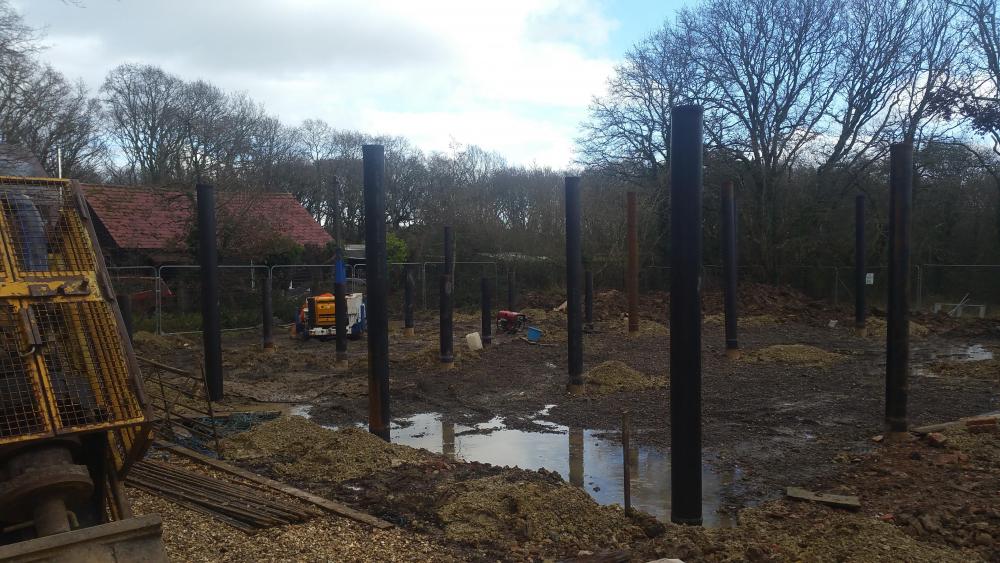 All piles installed and concreted. Oh and it rained again for a change. 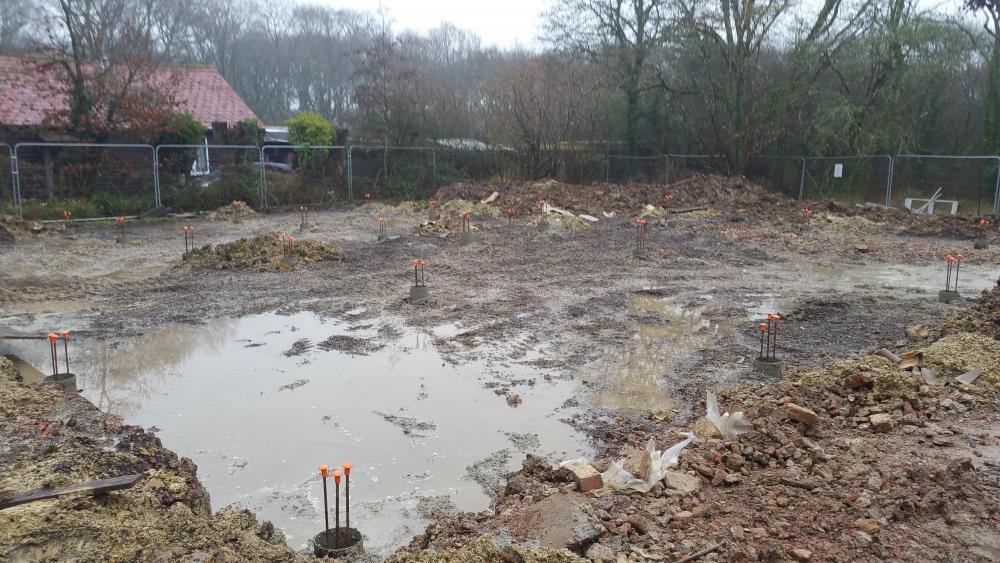