It's been a week of mixed emotions, we've made good progress on site but hit our first major budget overrun.

First the good stuff, blocks got delivered on Monday. JUB will only ship them on pallets which sounds OK but in practice, but causes several problems on site. For a start we didn't have a fork lift on site and fork lifts don't tend to do well on soft ground. In the end we got in a tele-handler for which a single days hire is a significant cost. It should have been a small unit, but in the end the hire company delivered an 8 ton  far too heavy and large for our site. It was so heavy it ended up damaging the new dropped kerb work done for the build. 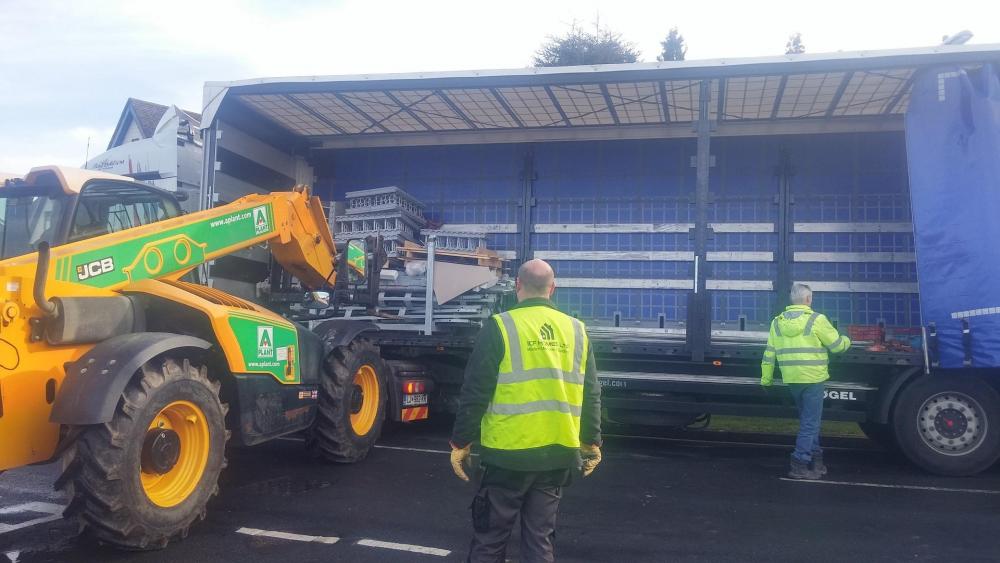 Besides unloading the blocks, other problems with having them on pallets soon became apparent. It's a small site with limited space for storing materials we needed to store the pallets on the raft leaving room for bracing to be put in place once the walls are built. Each pallet had a manifest of the blocks loaded onto it. No cutting is required so it should just be a case of selecting the blocks and putting them in place. 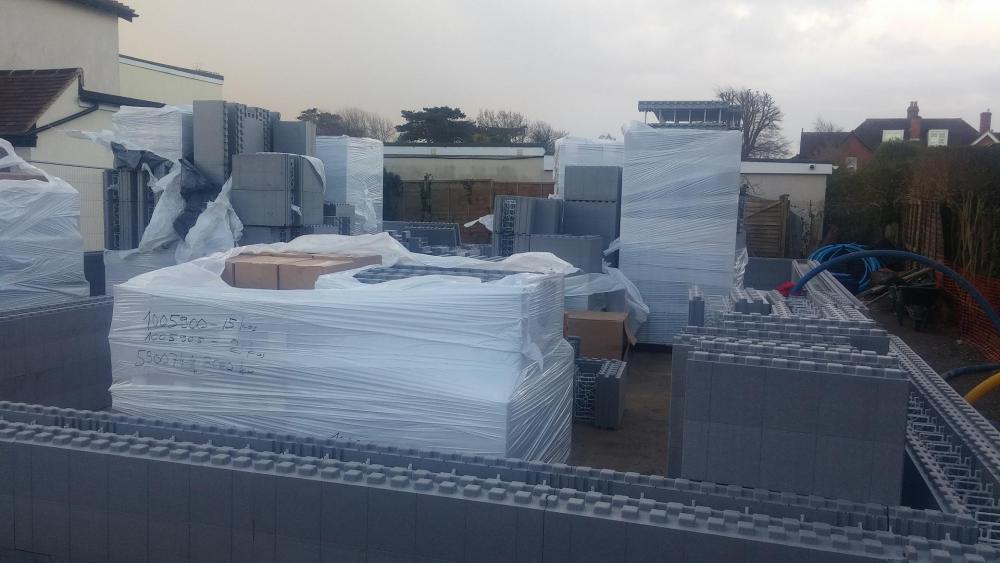 JUB provide a nice block plan for the build giving a cross reference of block type and location.

It quickly became apparent that finding the right blocks would be a challenge. There are a fair number of types, some quite small, all carry an identifier in the form nnn-tt-nnn but it's not that easy to read, so we thought it would be a good idea to use a marker to add wall position. Not such a good idea as the same block has multiple wall position numbers which further complicates finding blocks as a no 5 is in fact just the same a no 11. I've now looked at the wall assembly plans a couple of times and the logic for the labelling escapes me. It would be a lot simpler on site if each unique block type was allocated a single number for a given kit and the number was used consistently throughout the kit assembly plans. This is a first for JUB in the UK so I expect the kit process will get refined.

In any event the block assembly went very well and by Wednesday the blocks were up to the first floor and the bracing was in place. First impressions of the JUB systemare very favourable.

One other item completed was the connection and testing of the sewer pump station. The pump has to be connected with “class C” 63mm MDPE pipe which is designed to withstand the pressures associated with a pump. The pipe is referred to as flexible but it's anything but especially over short distances. The result was that making a connection required the use of an angled connector, just a single 45 degree, but we would have preferred no connections. The 63mm run is very short less than 1M and has good access from the pump meaning it can be easily rodded. 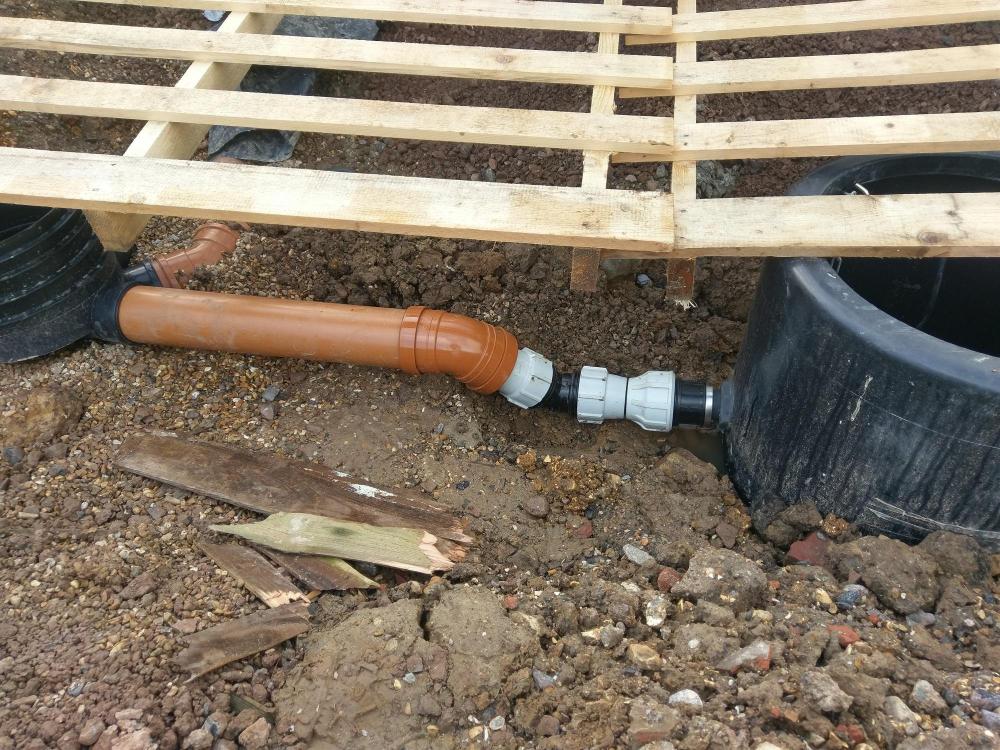 Now the less pleasant news, budget overrun. In hind site this is a self inflicted wound and I should be old enough and wise enough to have avoid it. Back when we started our project we had a budget offer from our shell builders Intelligent Building System. The budget included the raft and associated concrete and steel but not the ground works. From various items on the build hub and other web sources I had come up with a figure in region of £15K for the ground works.

I didn't verify this with the builder or get a phase 1 statement of works prior to the work starting. Sounds a very basic error and I still wonder just how I ended up in this position, my only excuse is that I got carried away in the practical aspects of the build. The phase 1 works came in at 34K added to this was 4.4K for the insulated raft which I had to purchase directly from JUB, so 38.4K total. The original budget offer was 14.3K a figure which included an insulated Isodom raft, assuming this would be about the as the JUB raft brings the figure down to 10K. Some analysis of the costings showed the labour had changed from around 5K in the initial offering to 15K in the costings. There were also additional materials costs which are much easier to understand, we also added items like a very big hole for the rain water harvesting tank and soak away . I had discussions with our builder over this but they are adamant it's correct. My own fault for not getting the work properly defined  before starting.

I'm still on talking terms with the builder, whom I'm generally very happy with and would recommend to other self builders. They have been very proactive and helped considerably with getting JUB to engage with the build and many other items.