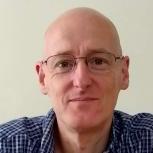 By RichC, February 11 in New House & Self Build Design