We're back at work. The SIPS team are on the Island and have satisfactory accomodation, and the first load of house is unloaded on site. But before the photos of this, there are the last stages of getting out of the ground and interfacing with the SIPS superstructure.

The site foreman early last week doing the final checks of plinth flatness. To the best of our measurement ability all is good - within 3mm in height and 5mm laterally. 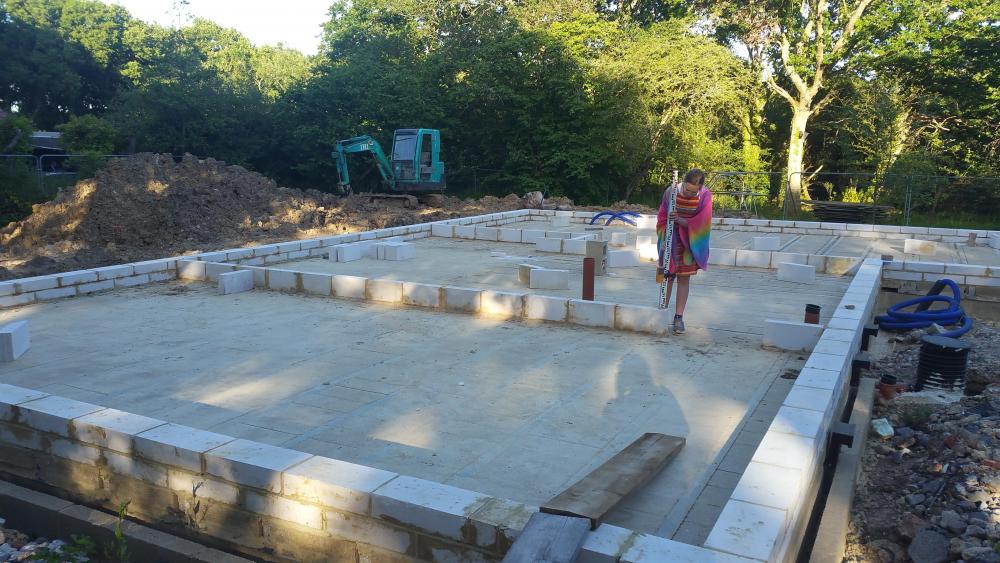 First to arrive: A new toy! I used to drive one of these in a previous job a long time ago so it would be rude not to test the equipment on hire by moving some bulk bags out of the way. The controls have changed a lot over the years so I had to resort to the instructions for a minute or two. It's a splendid piece of equipment for the job but the boss tells me I am not allowed one of my own. 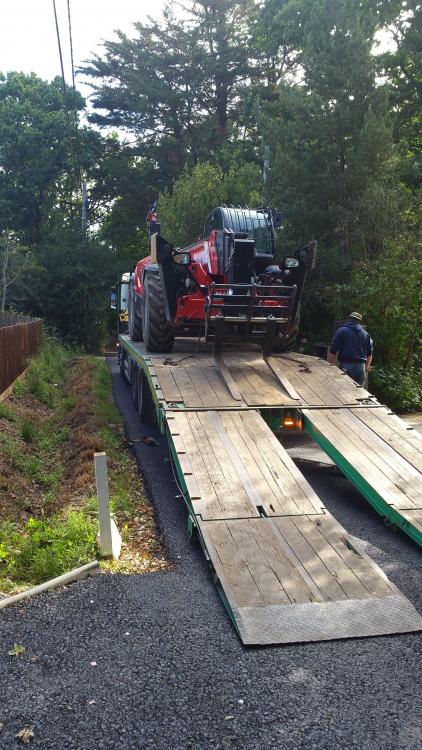 A risk was flagged by the SIPS structural engineer surrounding the choice of light weight blocks for the plinth. He was concerned about blocks splitting when the Expressnail fastnenings were used. (I have seen much discussion on the forum about this sort of problem.) We mitigated this by careful choice of blocks by analysing the specification - only 7N ratings were considered, talking to the manufacturers helplines and practical testing of samples. The winning block is shown below. I put in another three nails without incident getting ever closer to the edges with no incidents so concluded that the blocks would be adequate. 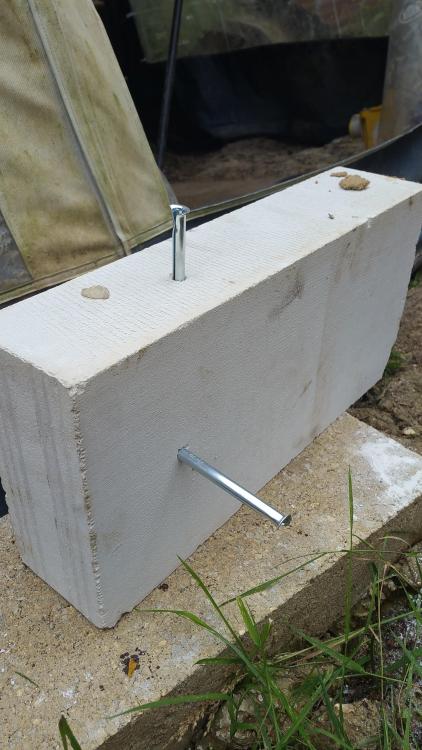 The team on site testing levels and beginning to install the leveling plate. All is good - the plinth is suffiicently flat and the blocks are taking the fastenings without incident. 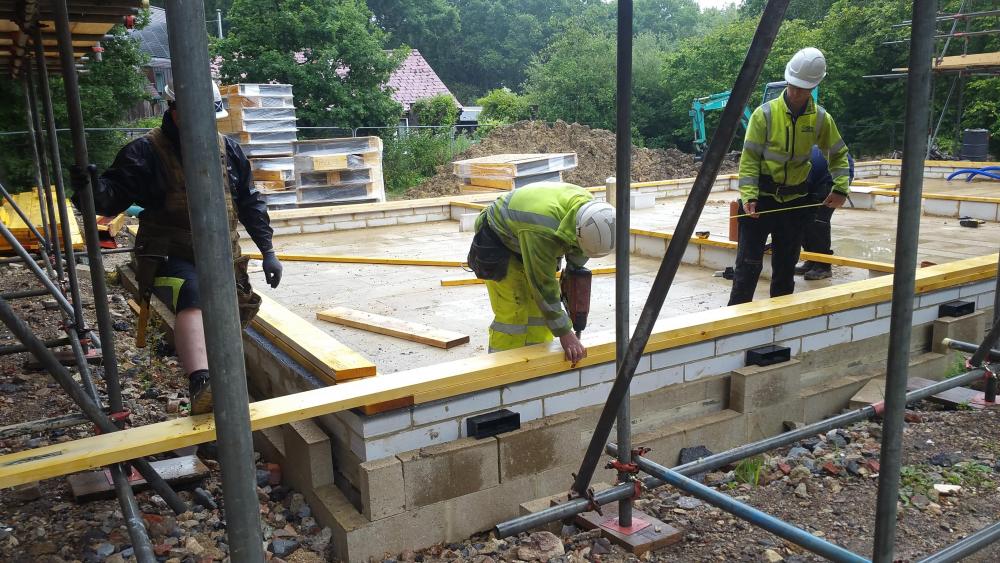 We should see some walls up tomorrow assuming the weather is supportive of lifting. We can now consider the build "out of the ground" and my homework marked and deemed good enough to proceed. I now need to fully apply myself to solve the puzzle of getting windows and slates on to the Island in the hopefully final weeks of the national lockdown. 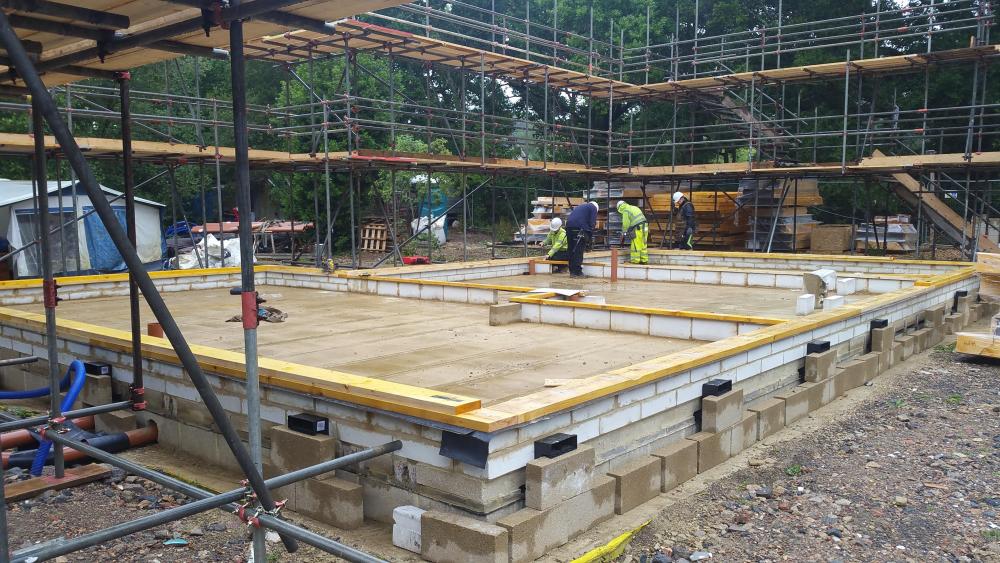