Today was our four year wedding anniversary. It was also Day 1 of the builders starting promptly at 730am and as we got the day off work we decided to leave them to it and escape.

Since the cancelled Ideal Home show and home associated birthday plans in March I've been online adding things to my ever growing Pinterest board and my particular obsession has been a bath and although we had done some browsing before lockdown I hadn't seen anything that really caught my eye.

My wife concerned with the ever growing board of bath pictures offered today to go and look at some.  So heading north commenced our bathroom shopping with a list of places to visit, mainly ex display showroom baths.

No posh anniversary meals, stopping for cheese and beetroot sandwiches I'd made to take with us (who said romance was dead)?

Lots of baths later and still not fully decided and the threat of with 'we aren't coming back again' we get to our final stop in Bradford.

I'd had a notification en route from eBay saying it had been reduced further and 'you are not haggling' resulted in me haggling a bit more discount too and the tap thrown in as well (the wife had walked out at this point leaving me to it). Managed to get it in the Jeep with about 10mm spare (I'm sure there is a joke somewhere a out how many people it takes to fit a bath into a Jeep).

So, Happy Anniversary - we bought each other a bath! Here is the bath modelled by me - safely home in our garage.

Just caught the builders - that big hole in the last post. It's no longer a hole. 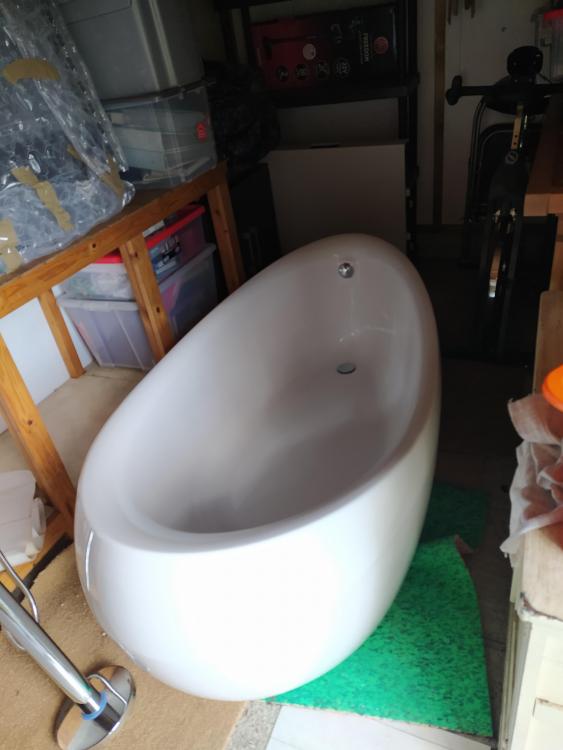 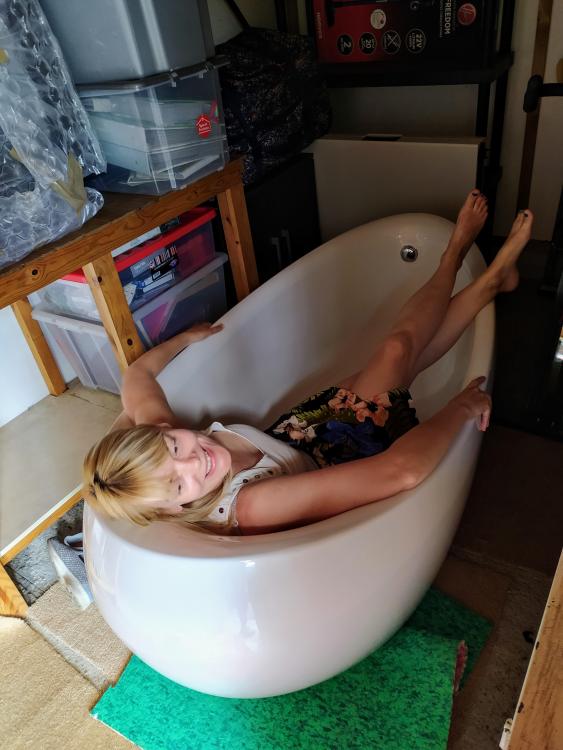 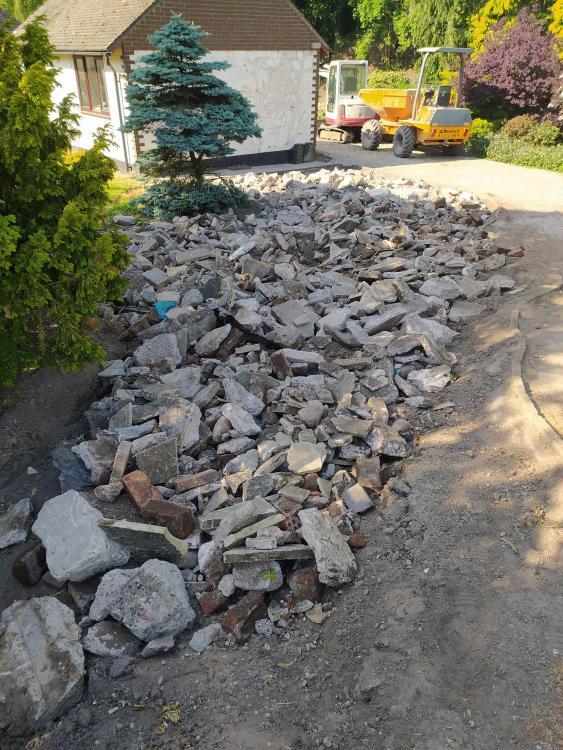