Something I ran across today, relating to Grand Designs S 12 Ep 6 - the conversion of a Recording Studio in W11 (Holland Park). The full programme is embedded below.

The project was done in around 2008/9-2011 (ie probably before the recession) by a couple who are a fairly senior City Trader, and an Interior Designer,  Jeff and Audrey Lovelock. They bought a ground floor studio flat in Holland Park, which came with a 3000-4000 sqft ish basement, including an .. er .. squash court.

They bought the place for under £2 million, and spent at least as much again on conversion. I estimate that it was actually rather more eg the kitchen worktops were made of something called Leathered Granite which was probably getting on for £400-500 per sq metre. Here is the 2015 photoset on Zoopla.

This is what happened when they tried to sell it. 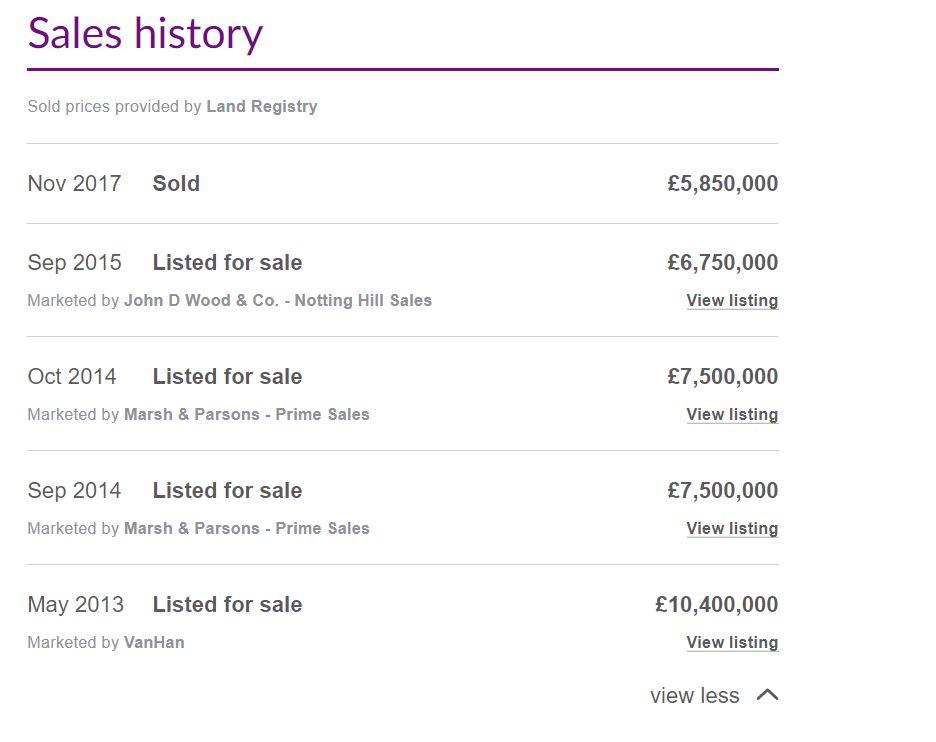 Fortunately, City Boys can afford it, if with some cost of pain and loss of reputation. As it was described in the press: 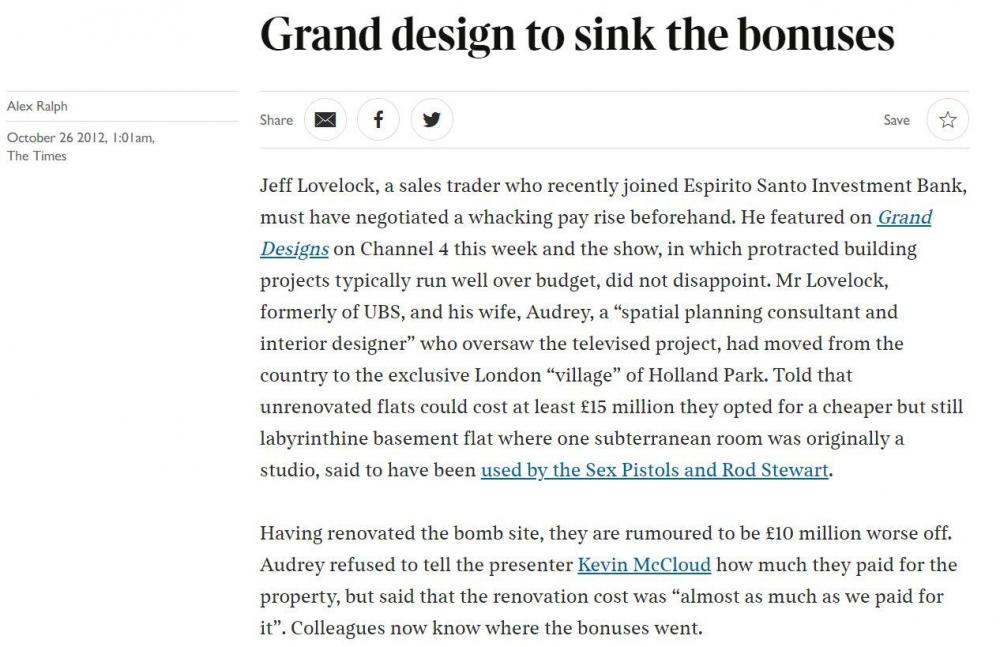 There is a fuller account of the renovation here.

I have some sympathy, though tinged with a little bemusement. I certainly think they were slightly ambitious (verging on reckless) in trying to develop a "superprime" quality flat in the cheapest-per-square-foot area of Central London, so it was marginal anyway, and did not have parking or security as would be required. But the unpredictable thing that really hurt it was that George Osborne whacked an extra 5% of Stamp Duty on it, plus +3% for anyone for whom it was a second property, plus an Annual "Enveloped Property" tax of £100k+ per annum on  rpoperty in certain forms of ownership valued at over over £10m.

The economics of that are that ... for a property with a rental yield of perhaps £15k per month (ie 1-2% yield on the perceived price), just the Stamp Duty on this thing would pay to rent it for 6-8 years, and the potential ATED Tax would double that length of time. And so much of the potential market evaporated. And it eventually sold for less than half of the initial asking price.

Which brings us to the famous quote "Events, dear boy, events..", said by Sir Harold MacMillan when asked what would be most likely to blow a government off course.

Someone should perhaps now be nicknamed "Icarus".

Lots of lessons to be learnt for us relative minnows.