I got the notion last week to start up a Blog on buildhub after enjoying the advice and knowledge everyone had contributed over the past year (or part thereof) since it launched. I've been on a journey to finding my own home for about two years after renting for the last 20. I thought I'd summarize where I'm at and how I got here to help others hovering around the same place and to spur them onwards to achieving their great dream too!

So, where am I exactly? I've completed Stage 1 - I've a developed sketch, floor plan and it's been submitted to pre-planning who are happy with the design. I'm currently working on securing a contract on the land subject to planning permission before Stage 2 which is applying for same. Sounds easy when I put it like that! It wasn't but I've arrived at a place where I can visualize the spaces and have more meaningful conversations as I figure out answers to the multitude of questions that go though my head.

I've found some great resources (not least this website!) - The Housebuilder's Bible & The Sustainable builders bible to name but a few. I've been in Dublin, Cork, Belfast, London & Frankfurt at exhibitions around renovating, housebuilding and lighting to speak to experts and get an idea of what's out there. Hard to believe that two years ago I thought all houses were built "more or less" the same. Then I discovered Passive Houses through a customer and my world was tilted - it's never been the same since! I used to ignore places like Screwfix, Wickes etc as when renting there's not much you can do to a house, the investment is lost the minute you move out. But now I'm taking a wander around and weighing up different kitchens, bathroom fixtures (my jaw dropping at some of the prices!) and figuring out what I actually like.

Working with the Architects who developed the sketches I'm displaying here was interesting in itself. They have a very good track record on Passive Houses in Ireland, one of the main drivers behind my build. My budget is tight however so a 89 square meter two bedroom house is what we're aiming for. I got the Quantity Surveyor costings recently and we're just inside the budget I'd set so I'm happy so far. There's still a LOT that can go wrong of course but one step at a time....!

The front of the house is facing just off south, 220 degrees or so therefore the open plan back of the house is going to be darker and colder. We've still to get DEAP/BER/PHPP done which will probably drive some changes but I love the vaulted ceiling idea in the quieter rear living space and will be interested to see how things progress in 2017.

I don't know where I'll be in a year, if I can secure that land contract then off to Planning Permission I go. As I've said to many people I'll keep ploughing ahead until someone says no....!

I'd say I've spent about 10K so far on the Architects, Surveyor, QS, attending exhibitions etc but the expertise I've connected with has turned my dream into something with potential that shows. I'm tempted to run ahead and get more done without the land contract in my hand so I can submit planning sooner but with Christmas around the corner, I think it's time to back off, relax and little and take a breath.

I've enjoyed reading the other blogs when they reach that build stage, where dreams meet reality. May I one day be able to contribute my own story into that Library..... 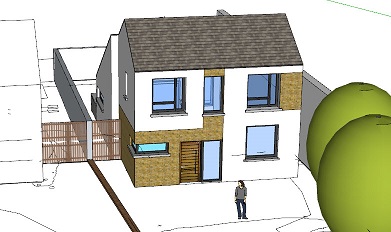 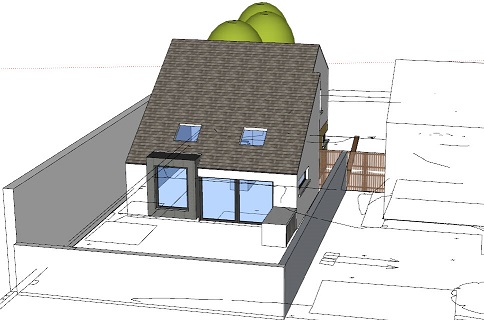 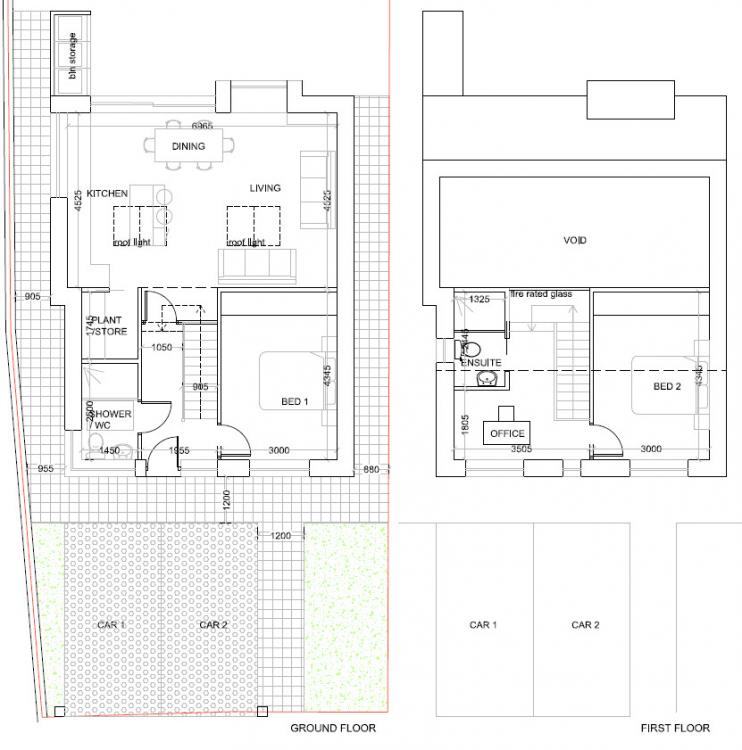