Whether you are converting a barn, like us, or building from scratch I just don't know where the time goes.  Agreed hubby works full time and although I'm only supposed to work 3 days per week I've been doing a lot more lately as we are so busy with the work new build.  It's also been dark and cold which doesn't inspire enthusiasm to get outside to do things.  I'm also very limited in what I can do, I'm not very strong and don't always know how to do things.

I've also found that keeping the site clean and tidy is a thankless and time consuming job, but essential, last week we lost a crow bar and took days to find it buried in a pile of old newspapers that should have been thrown away.

One of our bigger issues is the barn being so full of all sorts of things gathered over the years before we even start, as it was pig units it's split into 7 large areas with a corridor with a wall down the middle.  Some of the stuff is rubbish and can be disposed off, but I'm loath to get rid of anything at this stage in case it may have a use in the future.

One area we used for hay and horse feed, which they are almost through being the end of winter.  Of course by next winter I'm going to need somewhere else to store this, it may be next year that it's still in the barn as we are most likely still going to be putting the outside together.   The other areas have tack and cat food, another one wood, then there is the farm implements, the tractor, the digger and other machinery.

So, to store the things we really need I cleared out the old bike sheds, these had collapsed roofs which had to be removed, cut up and taken to the tip. 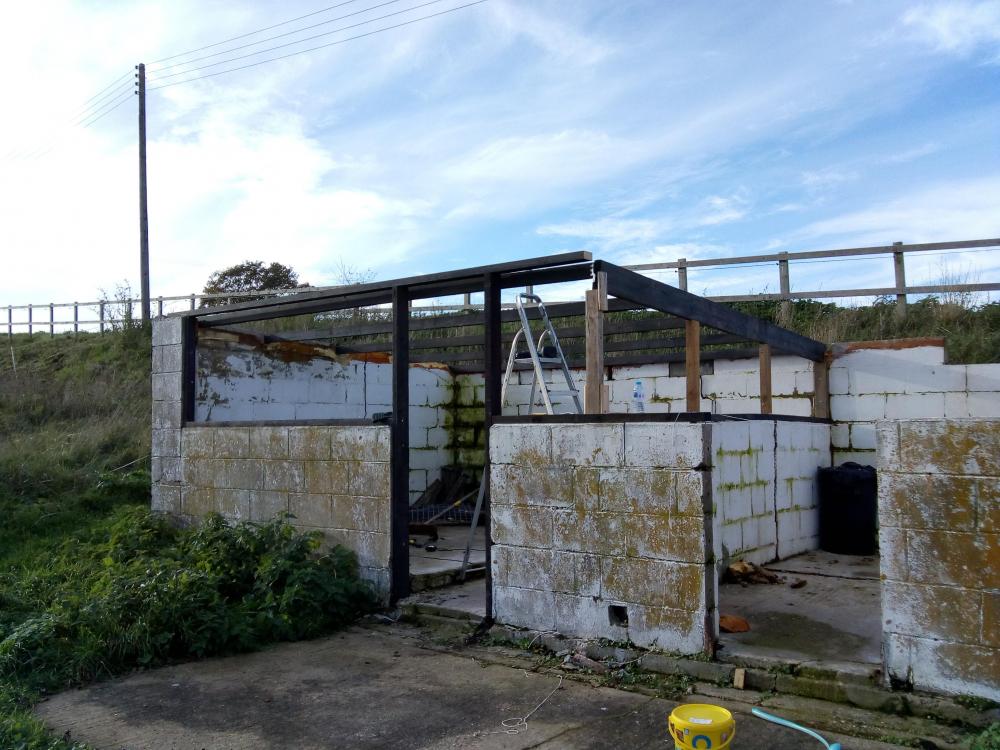 Then to provide us with storage space they had to be rebuilt.  The wood wasn't a problem, over the years we have knocked down lots of old sheds so we had lots of wood around which was good enough for this purpose.  We also had some roofing sheets from old sheds, enough for one of the bike sheds. 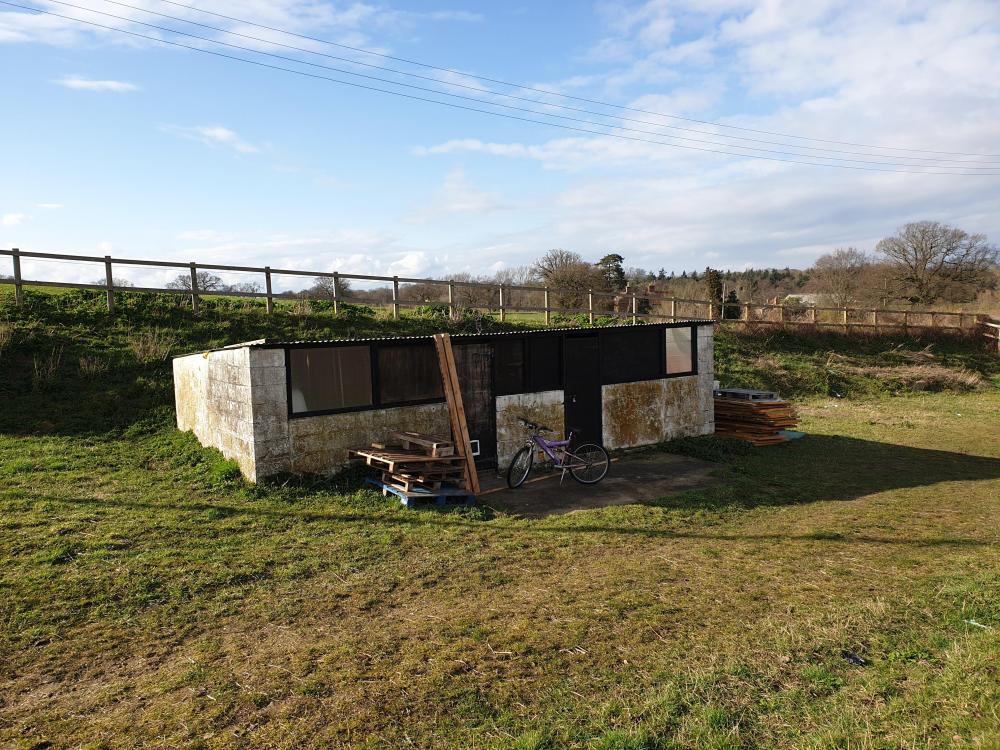 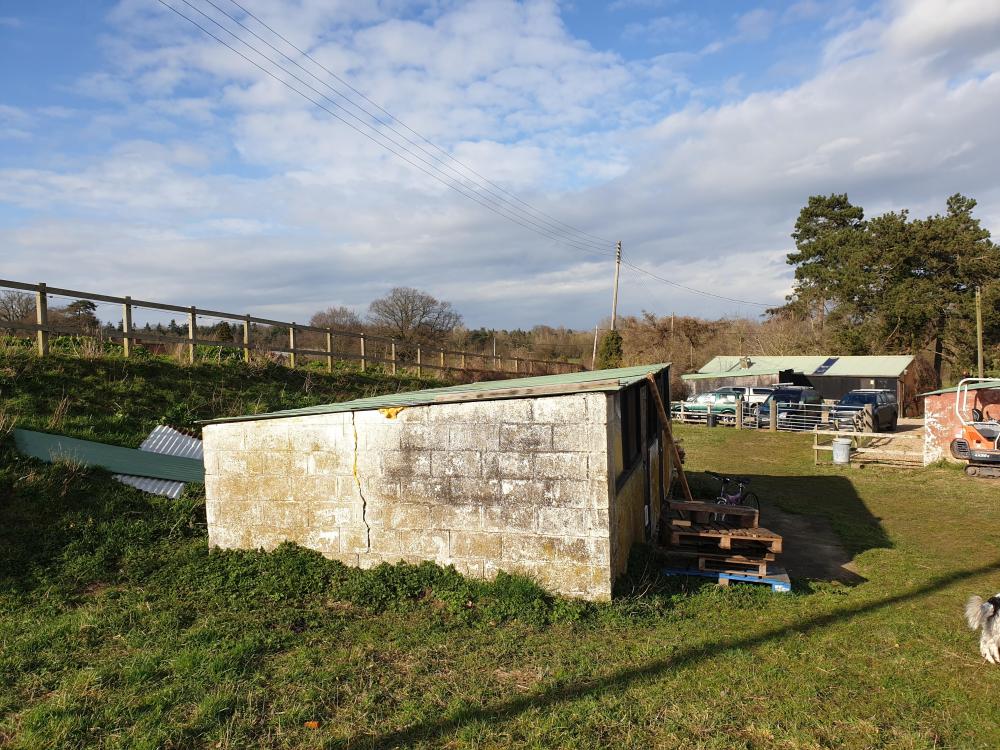 Even though the sheds suffer from subsidence they should be good enough for the duration of the build (we hope) when they can be knocked down.

We then needed more sheets and some long lengths of wood to put a roof on the 2nd bike shed.  So, I had to take some off the roof of the barn to provide what we needed.

Not being a building expert in any way I was surprised at how much was involved in this, with battens, insulation, rafters, roofing sheets attached with lots and lots of long nails.

Also, after that more wood on the top of each wall, wall plates I guess, I thought that they would be one piece, but oh no, it was battens with 2 pieces in between, lots of mouse nests and more nails. 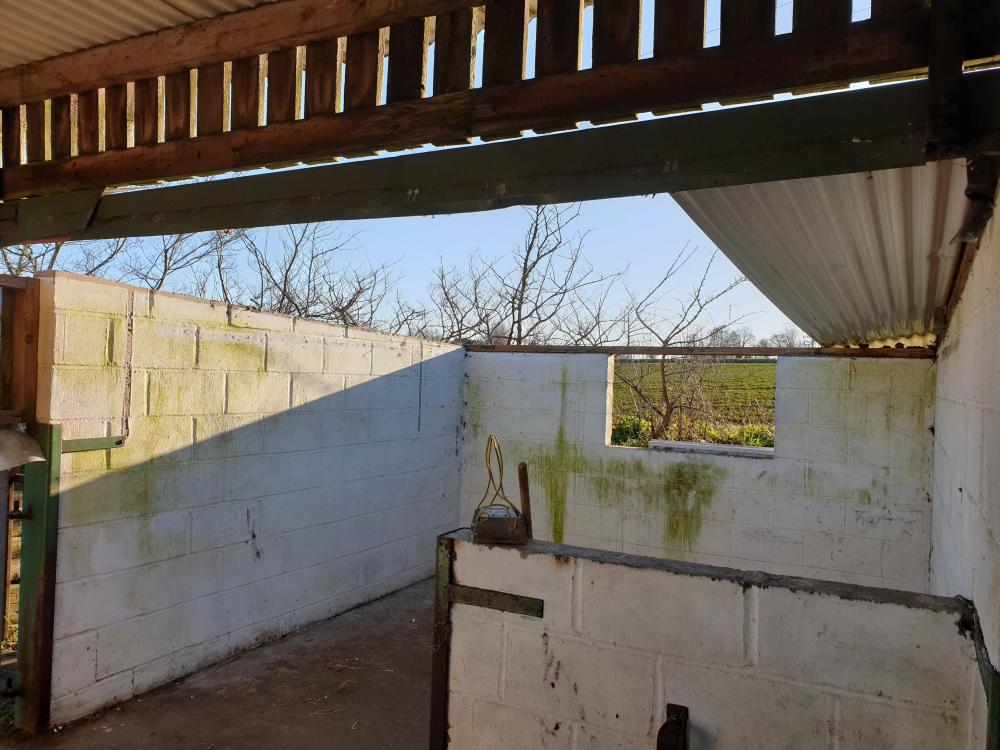 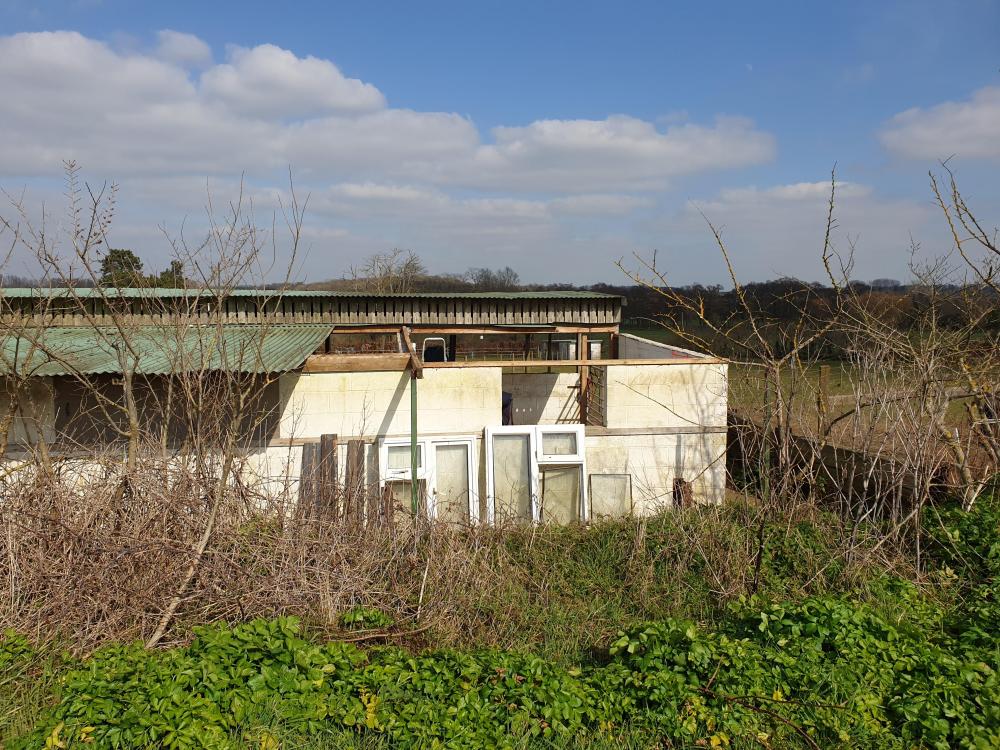 So, that's one shed, with the roof off, only another 6 to go and then the corridor.  Each roofing sheet is 20' plus and far too heavy for me to move so I remove the nails with hammer and crowbar and then get hubby to get the sheets off.

This week I've also removed the old gutters and what used to be wood holding them up.

It did make me wonder, this barn is about 50 years old and lots of the wood is completely rotten, so what protects timber framed houses.  I guess that they are just not exposed like this.

This side of the barn is south facing as well so gets lots of sun.

This lower roof that I'm removing at the moment will be raised to be the same height as the other part which along with digging out the floor will give us enough roof height at the lower end to pass muster.

We also went shopping this month and spent a large chunk of our budget buying a digger, wacker plate, breaker, nail gun and some tiles.  All auction purchases at Cheffins plant sale in Ely. 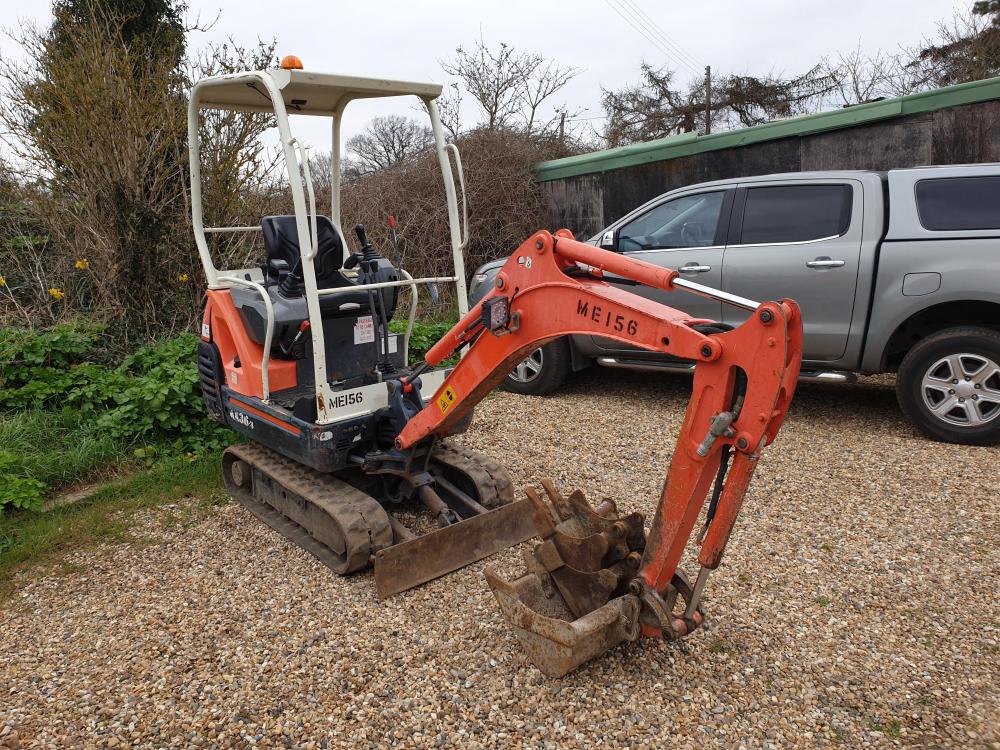 We spent more on this than intended because of the VAT that we can't claim back, and will lose when we eventually sell it.

But, it's going to make our life so much easier.  The first task though is to dig out some huge troublesome brambles that have spread very quickly.  Good practice before we need to dig out the floor in the barn.  That will be done once I've finished removing the roof.

Another urgent task is to get some concrete fibre roof sheets removed as they may contain that pesky asbestos.  These are on the 'L' part of the barn, the majority is the metal sheets.

On as more sedentary note I spent many weeks going through everything that I think we need for the build from nails to zinc roof.

This was 100's of items which I then manually searched for the best price for.

Then I contacted 8 builders merchants asking about trade accounts, only 4 responded with Wickes saying "do it yourself from our website".  The big boys didn't even reply at all.

The 3 that did respond were all local merchants who returned my spreadsheet with largely varying prices, but all offering good discounts due to the volume of stuff that we need.

They also said that they sometimes have special deals, in one case 75 - 80% for some items.

Of the 4 I looked at 3 priced Kingspan insulation whereas one of them listed Celotex.  This is what is in the barn at the moment to keep the piggy's warm, is there much difference as the Celotex was a lot cheaper.

During April, I want to get the rest of the back roof off and also get the asbestos cleared and removed from site.  This does necessitate some water and electrical changes as this roof is in the area where the power and water come in from the host house.