My planning permission is now submitted and I've a reference number and everything! So, there's about 5 weeks waiting for objections and then 3 weeks where the planners will come back with questions / start examining the submission. Then you get a preliminary approval with a 4 week cooling off period before the final official permission is granted, with their contribution bill! Once granted, I'm planning on some preliminary groundworks on the current old house to realign the driveway and access water and broadband services so I don't need to dig up that front garden again. I checked and I can issue a commencement notice but agree to only pay a portion of the contribution fee (nearly 10K) until the main build commences. I'll have water connection charges to pay also but they are changing their fee structure in the next few weeks to standardize it across the country which puts the price up unfortunately - that's how it goes!

I reviewed the final drawings presented by the Architect before they were submitted and noted that they called out some details which I wasn't expecting. Plus there was a legal letter I'd to get signed and witnessed by a solicitor to state I own the site which was a surprise and required getting a quick appointment (section 97 statutory declaration).

In case this helps someone else who are reviewing their drawings, these are the areas I called out in mine:

Basically I read every detail on each of the documents to ensure understood them as much as I could. The docs may trigger questions from the planners at some point. The questions will incur an hourly charge by the Architect to respond to. The Stage 2 fee was paid prior to submitting the plans and they are posting me out a full set including some A1 printouts which will be nice to hang somewhere! I'm still waiting on the DWG and BER/DEAP XML files I requested so I can use these when discussing heating, ventilation etc with a few suppliers. I got an A2 preliminary BER but can increase to A1 with a few extra solar PV panels (6 x 270W in total) and we've got 8 panels allocated so we're good to go there.

The PHPP results prompted the Architect to recommend radiators over underfloor heating. I've already discussed the overheating issue. They seemed content with 5% which in the current climate context I thought was surprising. I asked them to change the climate data to London and it shot up to 13% (because I think that's where we're heading). I'm more worried about overheating when it's warm than heating when it's cold. We've since got it down to under 1% (local climate data) when allowing for opening of the roof lights. I'm happy enough with that for now. I might tinker with the glazing G values at a later date. The treated floor area is a bit misleading as it's a 108 m2 house but I still can't believe the heating load figures. I remember the architect saying there's about a 500w peak heating load for this house. I've a 2kW electric oil-less heater sitting beside me here on the old house just to warm my office/bedroom!

So, this week I'm talking to builders, timber frame suppliers and visiting one or two sites to line up reputable tradesmen I'll need down the road. I've also sent off the plans to a few companies for quotes on MVHR, Underfloor heating and timber frame prices. Then I can start to hone in on those areas and shape some choices. I received strong recommendations on one timber framed provider but haven't been able to get in touch with the key person. Hopefully they'll get in touch in due course as I'd like to visit one of their sites to understand their approach as they don't show their detailing on their website. Another company can do a turnkey solution. The only issue is they have extensive site pictures where they use two courses of concrete blocks above the foundations and sit their timber frame on top of this. I'm concerned about thermal bridging as a result but hope to visit one of their nearly completed houses to see if this is the case or not. They have some other examples of a passive slab I'm more in favour of so I may not be looking at the most applicable examples!

Brexit as always plays a part as my build commencement may be 2019 so I have to be careful about supply / support from the UK in that context. There are some excellent companies in Northern Ireland I would like to employ but I may have to reconsider those until we see what happens in March next year.

So, that's this phase almost complete. Just waiting on permission now and then can see about how to shape the next stage from there.....! 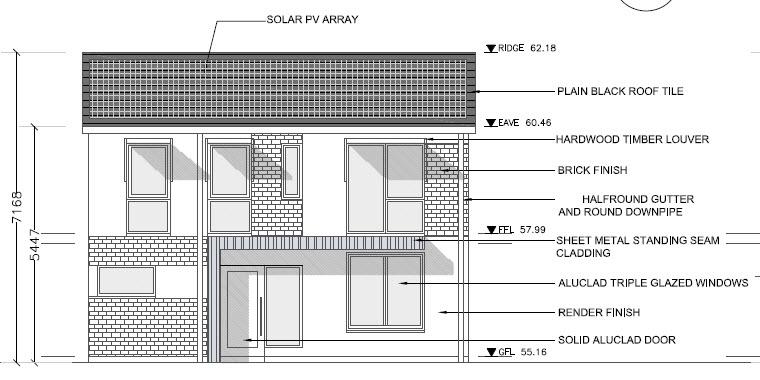