Yesterday, ahead of schedule, we received our phase 2 contamination survey report.

No surprises, but it's good to hear that everything is good. 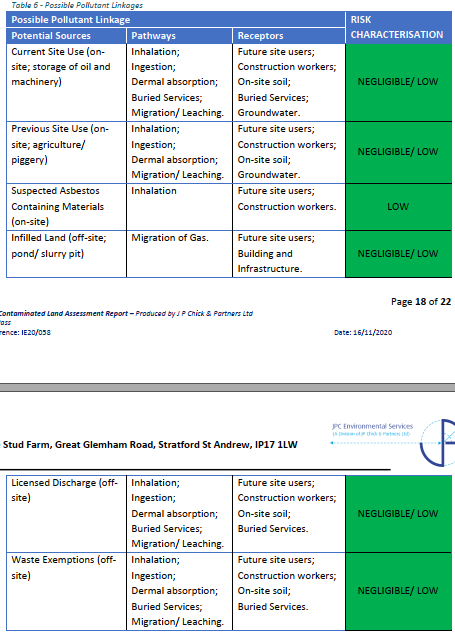 The report is 72 pages long, but then for the cost of it I expect to have lots of detail.

It's been a long drag to get this far with difficulty getting planning permission and needing lots of reports, surveys and plans

We went into this process thinking that we would spend up to 10k trying to get planning and then stop, but in the end it has cost nearly 22k all of which comes out of the build budget.

Of course, we are one of the lucky few that can afford to go through this process and then build our custom house, not only the house we really want, but for much less than we would have to pay for it, even if we could find it, particularly in a location like we live in.

We are not a very social couple so like living in a rural location without any close neighbours and being able to convert a barn that we already own has removed both the cost and the difficulty of finding a plot.

The conversion is slightly smaller than our current house, but as a single story we should never have to move.

HID wanted to build something smaller, but I put my foot down saying that I wanted the space for visiting family so we have gone for 4 beds and an office.

A point that was emphasised when one of the girls moved back in Monday after splitting up with her partner of 4 years.  I have been told by friends that grown up children cannot wait to leave, but do have a tendency to move back at regular intervals.

After 2 years alone it's quite odd to have someone else in the house.  She wants to move into our residential log cabin, but that is my site office and I'm loath go lose it.  I expect I will have to though and it will probably be better that having to look after her again.  At least in the cabin she can be independent.

Having received the report I now need to discharge the condition, luckily the only one.

Then notify the CIL that we wish to commence and off we go.

We planned to start in the spring, but now might try some demolition of parts of the barn that are not usable.

The first part is removing the asbestos roof from the 'L' part of the barn. One of the specialist jobs, although we are getting the skip ourselves and wrapping it in DPM.  I've found that ordering the skip myself is half the price of the contractors bring their own, pity it can only be used for the roof.

When I get time I am going to cover up and get close to measure and count how many sheets there are so I can calculate the size skip needed, also to understand the ridge, which is curved.

HID has been working on the old bike shed, this has a serious case of subsidence, we were going to knock it down as the roof had collapsed as well.  Then we realised that we are in desperate need of storage during the build so a new roof is in progress, which in turn will hold the front and back walls together (we hope).  It can then be knocked down when we have finished.  At one point I was thinking of using these sheds for the horses, but when we looked closer it became obvious that if they rubbed on it then it would collapse.

Right, well back to the estimating, tonight I'm looked at cladding and trying to decide which wood I like best, Red Cedar or Douglas Fir and trying not to think about the cost.