I have recently (had) installed on our downstairs doors a set of doorstops that would prevent doors needing to be reopened from behind the swing, and hold them open when they do not need to be closed. Even oak suffers eventually from too many "Open that Door" impacts.

This was needed to help make the house more accessible or an older person, who sometimes used a wheelchair.

So the requirement was:

This is the product I used, which is a "Rauken DS-002 Stainless Steel Soft-Catch Magnetic Door Stop in Brushed Satin Nickel, Wall Mount-2 Pack", at about £16:00 for a 2-pack.

Reasonably easy to fit, well made and recommended. The magnet is strong (though a little variable across half a dozen examples).

I fitted them half-way along the back of the door, but towards the edge of the front door for a stronger attachment to be less vulnerable to any draught-driven opening if both front and back doors were open at once.

The only issue with fitting is registration between the two halves, if the door is not to be quite parallel to the wall. One way would be to attach one half, chalk the end, then test open the door to see where it touches the chalk. Another is to put it on with a single screw initially (out of three) and then adjust later. A third option is to have long, thin, arms and a stubby screwdriver and hope the dog does not tread on you.

The main limitation is that this product requires approx 6 inches (150mm) between the back of your door and your wall.

If you meet those requirements, then I can recommend. It also comes with Amazon Prime, so no delivery charges at this time. It is perhaps worth trying a smaller order first to see if they work for you, as it is on Prime.

There are options which are a little cheaper, but I am currently short of pfaff-time so I went for the one with the larger number of good reviews. 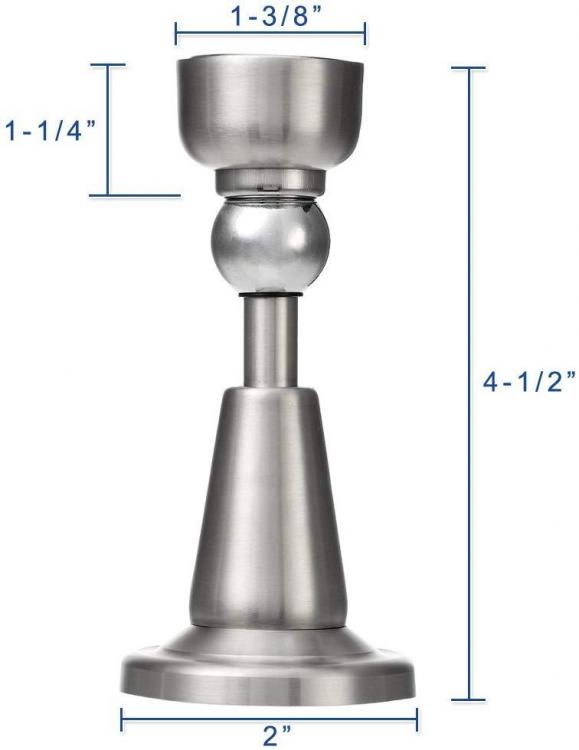 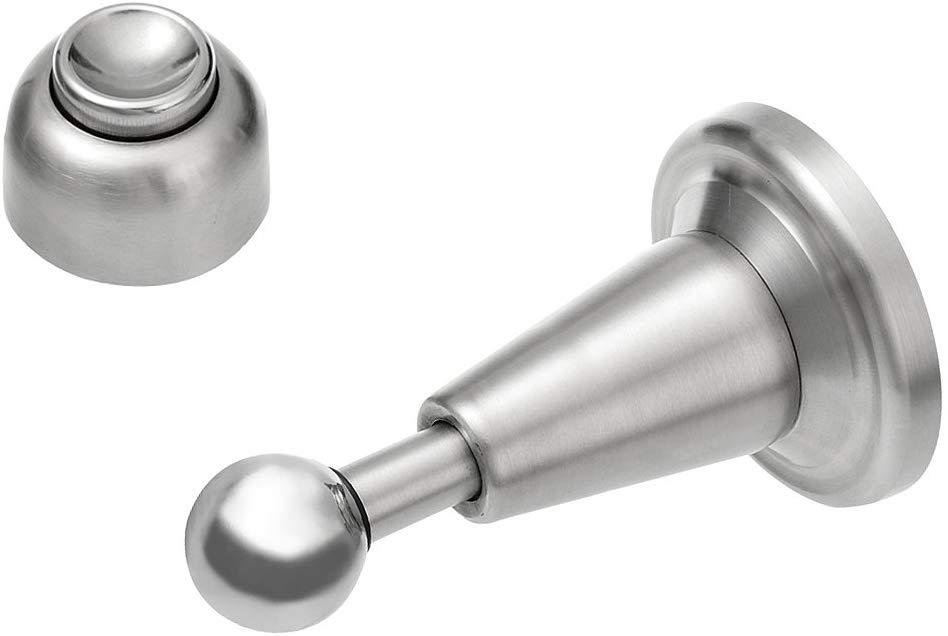