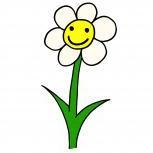 By readiescards,
December 15, 2018 in Energy Storage

No one Tweeted them so I've done it . Restricted on characters so had to be content with the below.    Any plans to remove the restriction whereby UniQs do not accept charge until they are m

Beginning to wonder if that 90% setting was originally intended to  be when it's discharged to 90% state of charge (i.e., 10% discharged) but it got misinterpreted by the programmer/technical writer a

So my new PCM58 has arrived (see for why I have a new one):   And the new one has an energy efficiency sticker on it:   Show only grade C - which is well below my expectation.  An